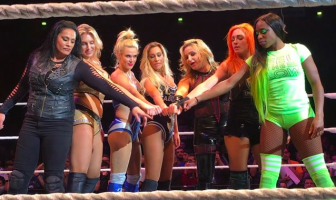 NOTE: This post was originally created on May 28, 2018 and has been updated following the confirmation of a new Women’s Tag Team Division as announced by Vince McMahon on WWE RAW.

The idea of a women’s tag team division in WWE is something that’s been discussed many times over the years, but has picked up steam tenfold since the Women’s Revolution and groundbreaking ideas like the Mae Young Classic began flooding the roster with a record number of new and exciting talents.

The downside to having so many women under one roof is, quite frankly, the same problem WWE’s undercard men have had for decades; there’s only so many spots on any given card, and someone’s going to get left out week after week. Even if they split the booking 50/50 between men and women, there would still be a big percentage of the talent not booked on each pay-per-view.

This is where tag teams and factions come in REALLY handy. On one hand, I understand that there are already too many championships in WWE, almost to a nauseating degree. That being said, out of the unholy amount of titles they do have right now, only three of them belong to the women. 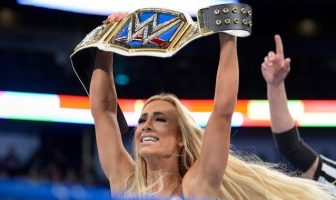 If you’re a man you can become the champion of the United States or all of North America; you can become the champion of multiple continents, the world, or even the Universe! They’ve had Hardcore titles, European titles, tag team titles, titles based on different weight divisions… If you’re a woman in WWE you have literally ONE option, and it’s tied to the brand you compete for.

What I’m suggesting is a one-hour show on Thursday nights, exclusively for women, exclusively on the WWE Network. The ladies from both Raw and Smackdown can compete, they can even call up names from NXT just like 205 Live has been able to do in recent months. The women’s titles would remain exclusive to the Raw and Smackdown brands, but the brand new WWE Women’s Tag Team Championship would remain open to everyone. They can build up inter-brand matches using the new weekly show, have faction rivalries outside of the title picture, and could occasionally land on a major pay-per-view without being dependent upon those spots to really push the talent.

Also, to give you an example of how easy it would be to put together a bunch of tag teams – and I mean teams with solid chemistry and a good theme, not just random smashed together duos – I’ve taken the liberty of coming up with THIRTEEN women’s tag teams and factions that, with one exception, could all be implemented immediately.