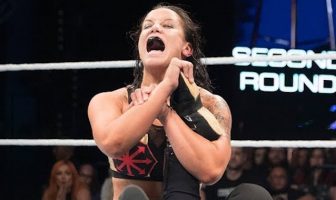 I really like the idea of two badass heels with MMA backgrounds running rampant over the WWE roster, tapping out everyone in their path. The obvious direction is the Four Horsewomen gimmick, but they’d be really dumb to turn Ronda heel right now (or possibly ever) and honestly, I just think Shayna and Sonya would have some really killer chemistry. 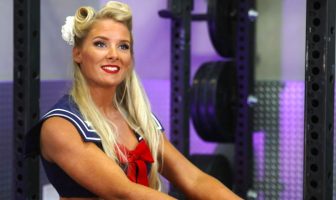 Back in the day Natalya had an alliance with WWE Hall of Fame Beth Phoenix, and the two would call themselves Pin-Up Strong. I didn’t really like the idea at the time, but now with the idea of this “women’s revolution” and Lacey’s throwback gimmick I actually think this concept would work really nicely in today’s environment.

They would probably work best as a heel group, which is fine because Natalya really does thrive in that environment. All three ladies are strong, “body gal” types that can shove around a lot of muscle, and look good doing it. I would tone down Lacey’s All-American Rosie the Riveter vibe just a smidge, but definitely play off the pin-up, women’s empowerment aspect, while still maintaining them as heels that think they’re better than everyone else.