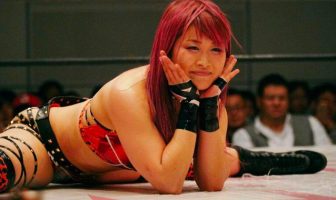 Before she was known as Asuka, the “Empress of Tomorrow” was actually in a stable known as Triple Tails alongside a young Io Shirai and her sister Mio. For a good part of their run together they were essentially a freelance group that would roam between promotions, kick ass and take names. Mio would eventually retire, Kana would go on to WWE to develop an undefeated streak, and Io would become the single greatest female wrestler on the planet. Probably.

Why not resurrect this concept in the modern era? If the reports are true that Io is on her way in, possibly as soon as this summer’s second Mae Young Classic, I think it would at last be a nice gesture for the joshi fans to do a short-term throwback gimmick. You know, before one of them inevitably turned heel and betrayed the rest of the group, ala Seth Rollins and The Shield. 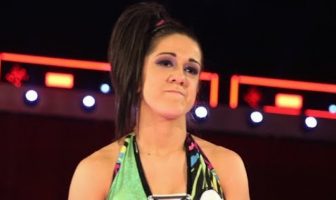 Dakota Kai has basically been presented as the New Zealand version of Bayley. She runs around wearing bright colors, spreading love and happiness to the fans, and… well, spends most of the time getting beaten up by bullies. Dakota just doesn’t win quite as much.

Throw them together. Make them a super fan-favorite group of almost disgustingly positive underdogs. If you threw these two up against that Shayna/Sonya team I mentioned earlier in this article, you’d have the perfect underdog story that would play off currently existing NXT storylines.