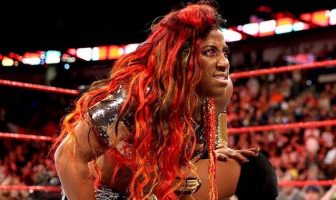 I want to make it very clear that I’m not just playing the race card, even if WWE itself has been guilty of this dozens and dozens of times throughout its problematic history. I’m not the only one who wants to see these two together. In fact, when Naomi earned her spot in the upcoming Money in the Bank match, all I saw was people on Twitter excited at the idea of what might happen between her and Ember Moon.

There’s an undeniable chemistry that I think these two would have if they were to pair up. You can just see it in their intensity, and in the passion they have for their characters; especially in the way that all comes across visually, through their unique entrances and dynamic ring gear. There would have to be some really cool production elements for their team entrance, combing the glow effect with a little fire. I just think Ember and Naomi would be a badass tag team. 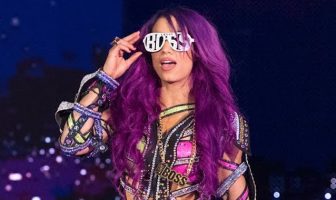 I see so much of Sasha Banks every time I see Bianca out there in the ring. I thought it during the Mae Young Classic when I saw her wrestle for the first time, and I still think it holds true. That natural charisma, mixed with a mean bravado and cockiness. Two women who are bad, and know they’re bad. Mind you, neither is above cheating from time to time to get what they want, but they’re also competent enough in their abilities to win the old fashioned way as well.

I would love to see a sort of Big Sister tag team between these two. Have Sasha bring Bianca up to the main roster as her protege. Someone she sees herself in, that she can polish into an absolute diamond. I still think Belair needs a bit of work, which is naturally because she’s still very knew to the business, but she’s been improving at a rapid rate and is a natural athlete that seems to just know where to go and how to act when in the ring. I see big things for her, and Sasha could be the catalyst to jump start her WWE career.