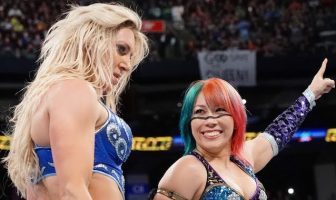 The Queen. The Empress. The Goddess. They are unstoppable. They are all-powerful. They are The Dynasty.

File this under “concepts not likely to ever happen”, but if you had to dream up the perfect trio of women’s wrestlers, based on how they’re being used right now in WWE, you could not find a more killer force than Charlotte, Asuka and Miss Bliss. You’d have to run them as full-on heels, and they’d have to be on the same brand, and it would inevitably end with Bliss turning on all of them, but just think of the raw star power in that group… 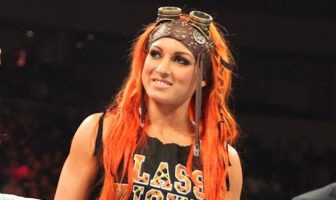 I would basically turn these two into the Bludgeon Brothers of the women’s division. You know, but at least somewhat likable. Marketable. Good… Becky really needs something to do in WWE, and Nikki is such an underrated talent. They could put on some fantastic barn-burner matches with just about anyone on the roster right now, and there’s something about their intensity that makes me think they’d end up having really good chemistry as a tag team.