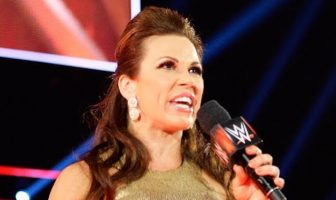 This is kind of a strange one, and I’ll admit I’m stretching a bit here. Mickie is a veteran talent having basically had two full careers in both WWE and Impact Wrestling, and you could label her as a legend for either run individually. That’s damn impressive.

If I were to put Mickie in that mentor role, where she’s 38 and looking to invest her experience in a young up-and-comer – very similar to what Trish Stratus did for her – I think Mandy Rose makes a really good option. On the surface the two aren’t very similar, but maybe that’s because we just don’t know much about Mandy at this point. She’s an unknown, which has its downsides but also means you can mold her in any way you want. I like the idea of Mandy as the protege who slowly gets better, week after week, and inevitably turning on her mentor when she feels its her time to step out into the spotlight. 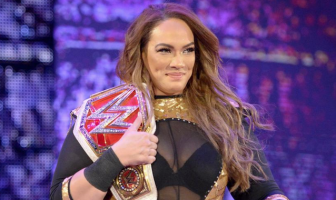 Hear me out, okay…

At first I was just throwing people together, but then it occured to me that Alicia Fox is an absolutely crazy, hot mess. She’s unpredictable and wild, and nobody in their right mind would ever want to work with her. Remember how insane it was that she got to captain a Survivor Series team, but how awesome the angle ended up being on television?

So what if Nia Jax is the only person that can calm Alicia down to a manageable level, just because she’s deathly afraid of the former Raw Women’s Champion? Fox can still be Fox and have her crazy outbursts, but when they’re out there in the ring or in humorous backstage segments, the towering, dominant Nia scares the living hell out of her to the point where she becomes actually competent at her job. This is going to sound really bad, but I got the idea off the old Jesse and Festus gimmick. Not so much the mentally impaired character part, but the idea that Jesse had the key to turn Festus into a wild, unhinged animal.