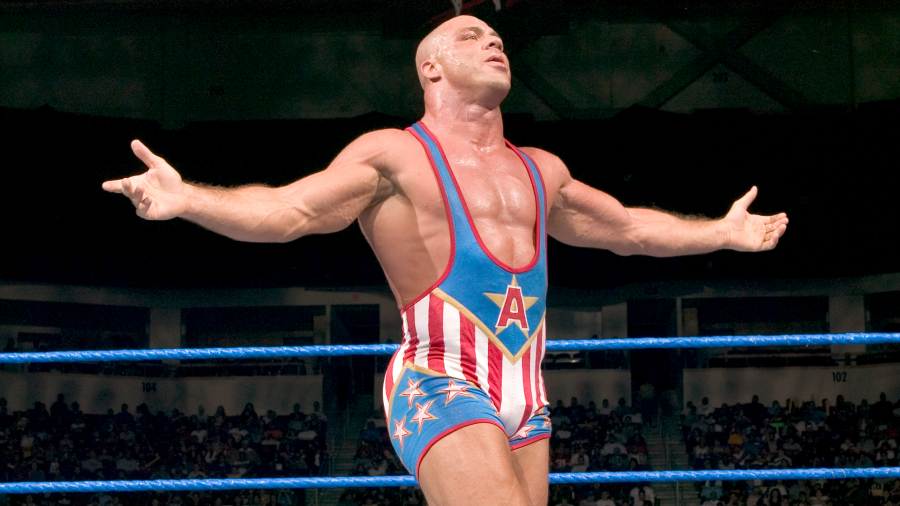 In the build-up to WrestleMania 2000, the Olympic gold medalist won both the WWF European and Intercontinental Championships, and began referring to himself as the “Eurocontinental” champion. He would actually lose both titles on the Grandest Stage of Them All in a unique triple threat, two-out-of-three falls match. Chris Benoit would take the first fall over Chris Jericho to win the Intercontinental title, before Jericho got his win back over Benoit a few minutes later to win the European title.

This was actually not the last time, nor the last company in which Kurt Angle would become a double champion. At the peak of his long run on top of TNA Wrestling, he faced Samoa Joe in the main event of the 2007 Hard Justice pay-per-view, with all of the promotion’s titles on the line. Given that he was also the IGF’s controversial IWGP Heavyweight Champion at the time – it’s a long story we don’t have time to get into right now – the end result of Angle beating Joe effectively made him a quadruple champion.