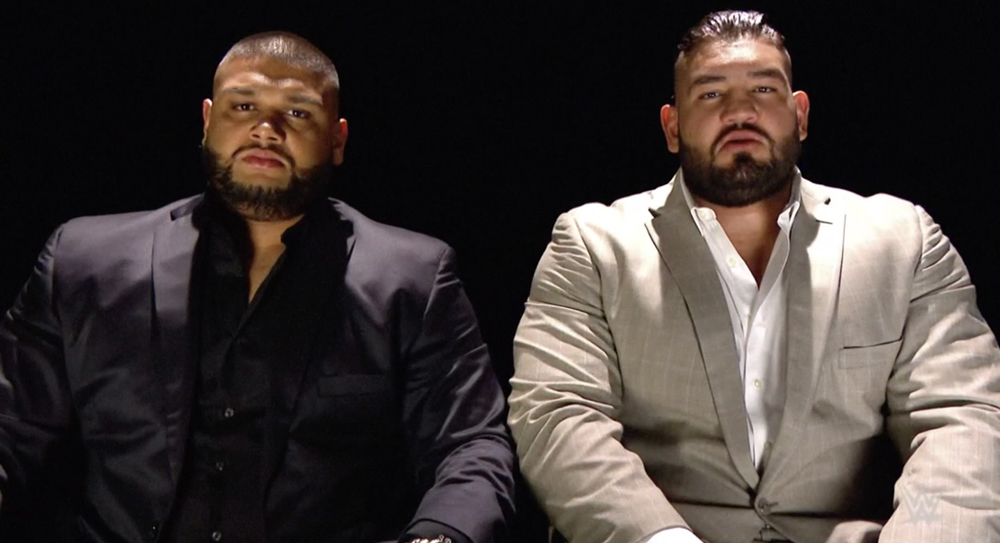 I’m going to end using this phrase a lot during this list, but… Doing something in NXT is better than doing nothing on the main roster. And it’s a LOT better than being presented as being secondary to a comedy act manager whose big, marquee moment was pissing his own pants on pay-per-view. In the immortal words of today’s youth, “that ain’t it, fam”.

They semi-recently started rolling out new backstage vignettes where not only did the AOP get their full tag team name back, referring to themselves as both “AOP” and the “Authors of Pain”, but they got to speak in their own individual languages. Sure it was pretty cheesy, but at least they came off as two big, intimidating badasses again.

Now it’s been over a month since those vignettes began airing, and we’ve yet to actually see AOP do anything outside of attacking Ryder and Hawkins, and never following up on it. They went undrafted in the recent WWE Draft, which is utterly ridiculous when you consider they’re former champions on both Raw and NXT, holding the later belts for more than 200 days.