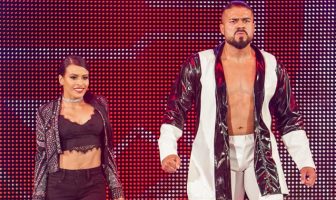 I don’t think El Idolo is quite ready to be positioned as a world champion, but that’s clearly not due to any lack of ability or charisma on his part. But that’s the great thing about Money in the Bank. It puts the perception of “future world champion” in the back of your head, and gets you used to the idea of them stepping into that role.

Andrade is my #1 pick to win Money in the Bank on the men’s side this year, because I firmly believe that if WWE focused on grooming him for the role of world champion, he could absolutely be one of the top heels on the Smackdown brand. The guy was a massive star in Mexico, exudes confidence and charisma, has an excellent manager in Zelina Vega, a great physique — oh, and he’s consistently one of the best wrestlers on the roster, be it Raw, Smackdown or NXT.