All Elite Wrestling has released this week’s updated rankings for their men’s, women’s and tag team divisions, as of Wednesday, February 12th.

Leading the men’s division is of course Jon Moxley, whose 4-0 singles record in 2020 will be put to the test this evening on AEW Dynamite when he faces Santana of the Inner Circle. Cody Rhodes at #2 will also put his 2-0 singles record up in a steel cage match next week in Atlanta, which will also be Wardlow’s in-ring debut for the promotion.

Leading the women’s division is Nyla Rose, who stands at 2-1 so far this year. She will challenge Riho for the AEW Women’s World Championship tonight, while the tag team leaders Scorpio Sky and Kazarian will have their rematch for the AEW World Tag Team Championships. 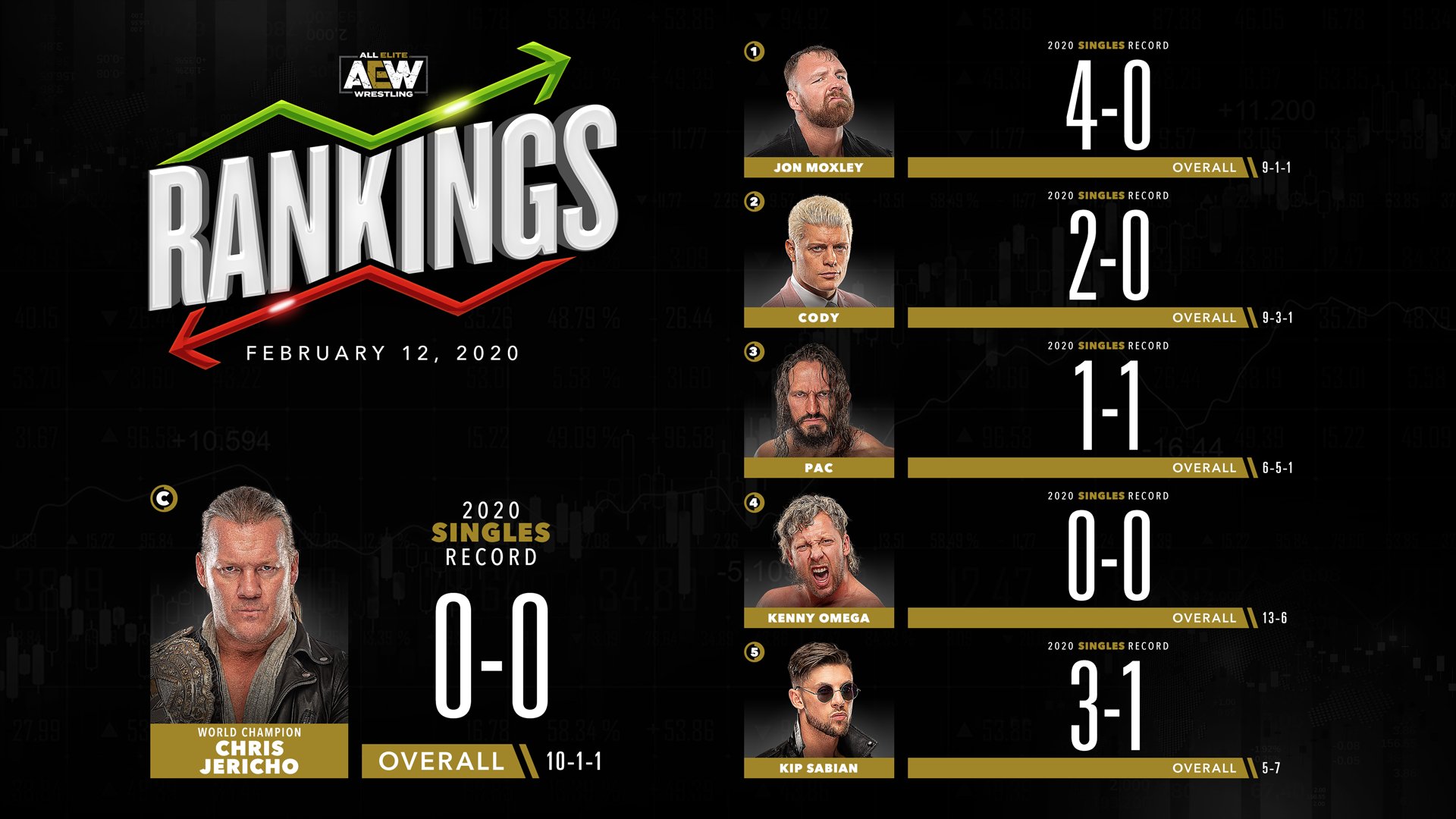 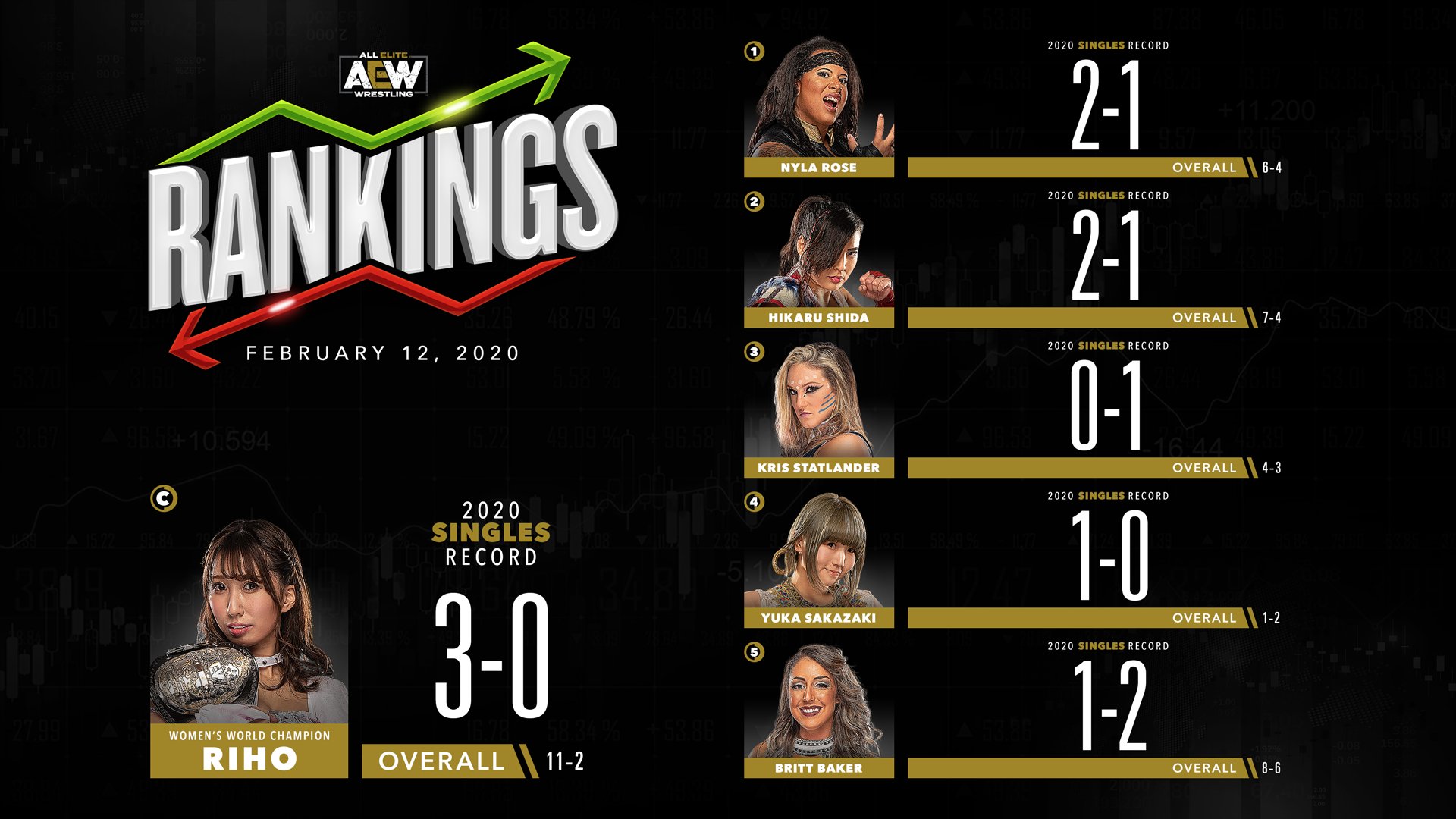 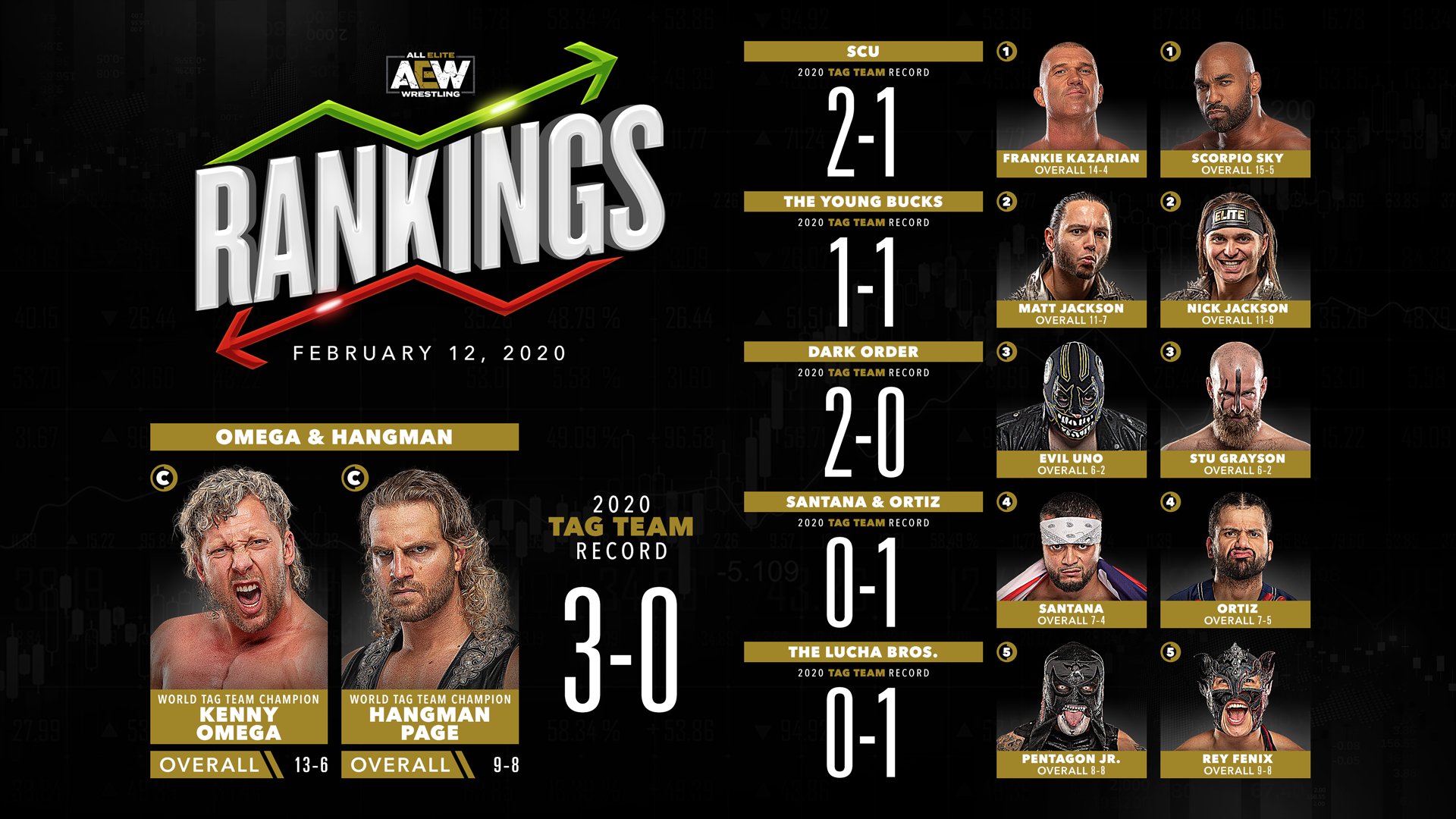