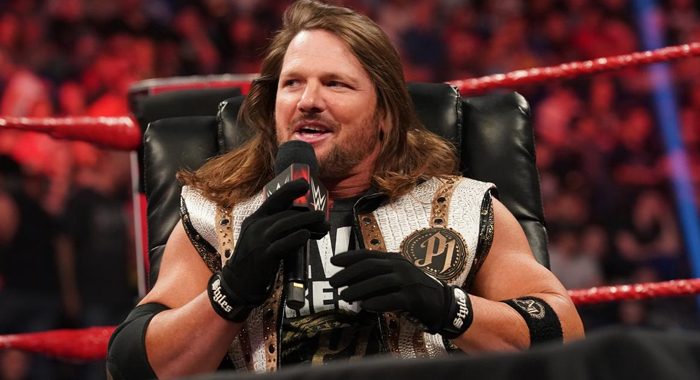 During his latest Twitch stream, AJ Styles gave his incredibly honest thoughts about Gallows & Anderson being released and how Paul Heyman lied to him.

The Phenomenal One isn’t known for holding back his feelings, and during the latest stream, AJ Styles certainly didn’t hold back in giving his thoughts on the situation. AJ started off discussing the release and how Paul Heyman had previously told him he had nothing to do with that situation.

“It was said that I was so angry that Gallows and Anderson were released, so angry that I was like, ‘I don’t want to be on Raw anymore.’ That’s not the way it went down, at all. It was the person who was in charge of Raw, who had lied to me, to my face, just the most believable lie I had ever seen, directly to my face. I’m talking about Paul Heyman. Basically said to me — here’s the kicker, there were times we were putting other guys over, Gallows & Anderson are getting beat by one guy and we’re like ‘what the heck’ and he’s like, ‘You gotta trust me, we gotta get this guy over,’ and of course that’s what you do, you help guys get over, but also, you can’t just bury us completely. I don’t mind losing, as long as there is a good story behind it. He would be like, ‘Listen, trust me. You guys, trust me. If you ever think I do you wrong, you get on social media and you bury me. You bury me.’ He said this to us. It came down to Money in the Bank, I found out that my guys were getting released, I was upset. I wanted to go talk to Vince, but it’s already in motion and already been done. Paul Heyman pulls me into his office and tells me he had nothing to do with it and knew nothing about it. If he knew Gallows & Anderson were getting released, he would have fought for them and that’s why they didn’t tell him they were getting released. I said, ‘Okay, I appreciate that, it makes a lot of sense,'” he said.

However, despite Heyman claiming he wasn’t involved in the releases of Gallows and Anderson, he later learned that Heyman actually advocated for their release.

“It was later, I told a friend what was said and he told me what he knew, which is that Gallows & Anderson weren’t on the list, but Paul Heyman spoke out abundantly like ‘we gotta get these guys out of here. We don’t need them, they’re getting paid too much.’ The one thing Paul Heyman is good at is talking, he’s very convincing. One thing led to another, Paul advocated to get them released. Their name wasn’t on the list until Paul brought it up. I think the reason why he did what he did, well, he’s just a liar, but it’s because he knew he had nothing we wanted to do with them. He didn’t want to get them to the next level or do anything for them. The best way to do that after what he said, was to get them out of there.”

When AJ Styles moved to WWE SmackDown, there was plenty of speculation over backstage issues with Paul Heyman as the reasoning behind it. AJ confirmed that Heyman was the reason he moved to the blue brand, mainly because he couldn’t stand Heyman.

“The reason I went to SmackDown is because I couldn’t stand looking at him. I can’t stand a liar. I’m a grown man, you’re a grown man, why lie? I talked to a lot of guys about this situation. You wouldn’t believe how many people that I work with despise this guy because of his lies and he’d find ways to throw them under the bus when he screwed up. I heard this from several people. It’s almost hard to find someone who likes him. I didn’t know this, I assumed everyone liked him and I was the only one. Vince is a very smart man and he can see through a lot of crap and I think he saw what everybody knew. ‘You’ve done some great things in the past, but you’re not well liked here, hit the bricks.’ The only person he can blame for this is himself. Just don’t lie to people.” (H/T to Fightful.com for the transcriptions.)