All Elite Wrestling has released their first set of weekly rankings for their men’s, women’s and tag team divisions. As noted, the promotion issued a hard reset of all stats and rankings at the start of the year, although lifetime overall win-loss records are still shown in the graphics.

#1 contender and reigning IWGP U.S. Heavyweight Champion Jon Moxley leads the pack for the men’s division, followed closely by the “American Nightmare” Cody Rhodes coming off his hard fought victory over Darby Allin. No one in the tag team division competed on Dynamite or Dark in the last week, so that division is still completely wide open. 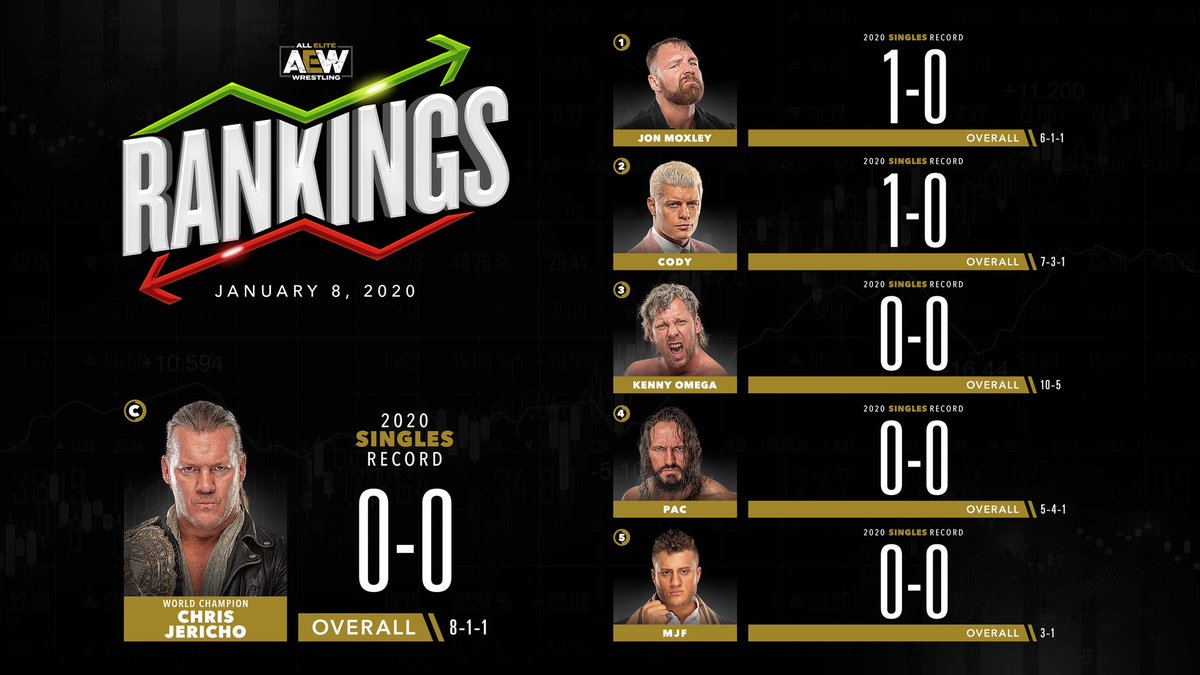 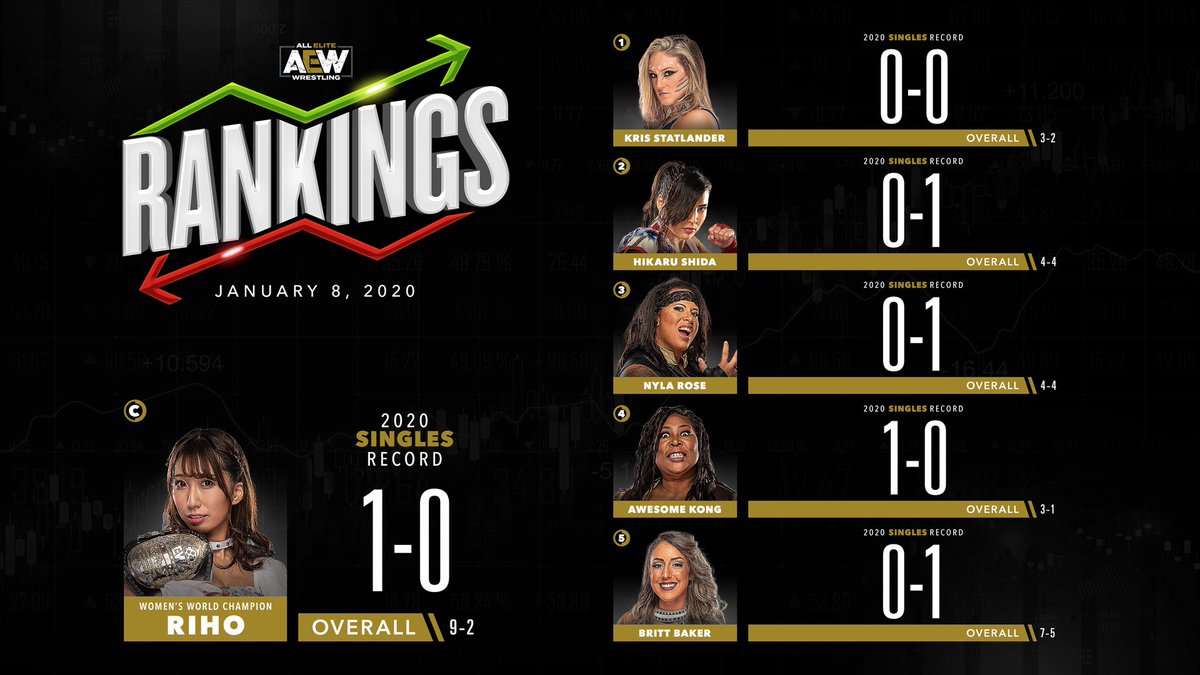 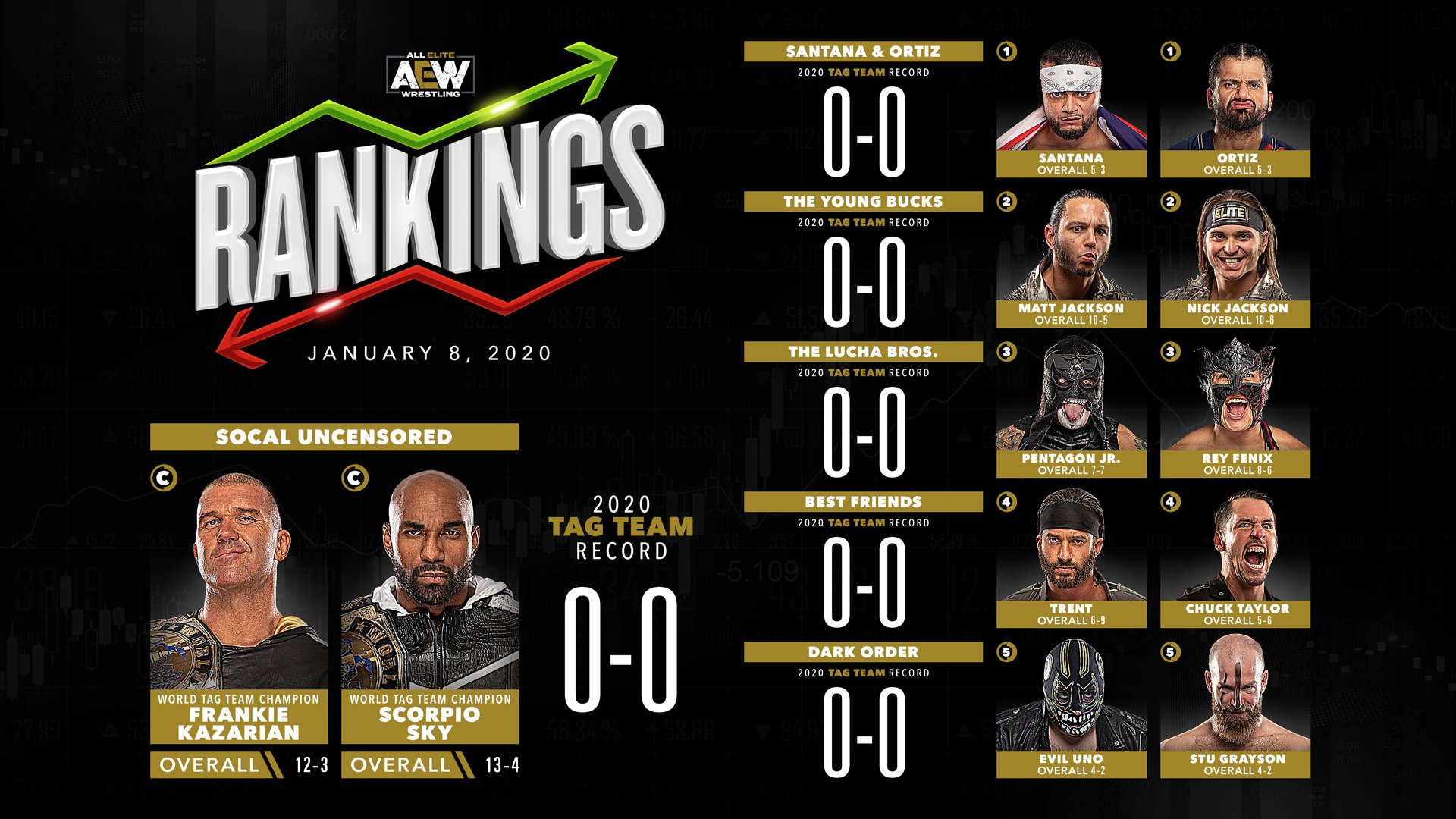