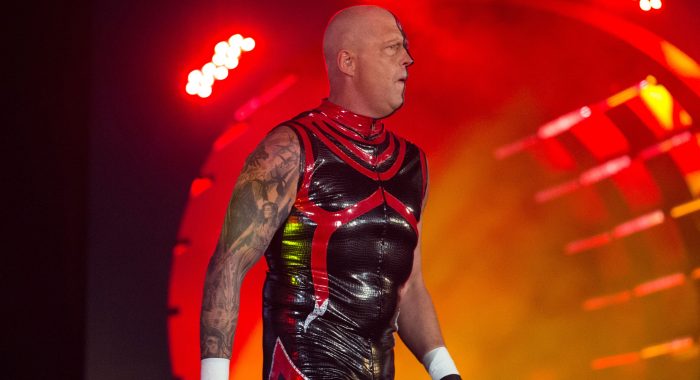 AEW’s Anna Jay recently took the time to praise Dustin Rhodes, discussing how influential he has been in helping the women’s matches.

The AEW star was a recent guest on Talk Is Jericho where she spoke about the impact that Dustin is having on the division behind the scenes.

“A lot of the times, Dustin’s our coach for the women, and a lot of times he’ll kind of say the layout that he likes or what he envisions for us. And then we’ll kind of go off and say what we want to do or what move do you want to head and stuff like that,” Jay revealed. “So it’s kind of half and half.”

Jay also spoke about how Dustin does a lot of the training with the women as well, which she says helps as he knows how they all work.

“It’s cool because he does the training for the women, so he kind of knows how all of us move and what moves we do and how we wrestle,” Jay noted. “It’s cool that he gets to be our coach for the matches because he already kind of has an idea in his head about how everything will work. He’s been so helpful to all of us to.

“Go to training and he pretty much coaches all the women’s matches, like you said, besides Kenny with Shida, but he’s helped me ton. He’s really cares too, so it’s nice to have someone who knows all your moves, knows what you can do [well] and help you look good when you go out there because that’s important, especially for me being new.” (H/T to WrestlingInc.com for the transcriptions) 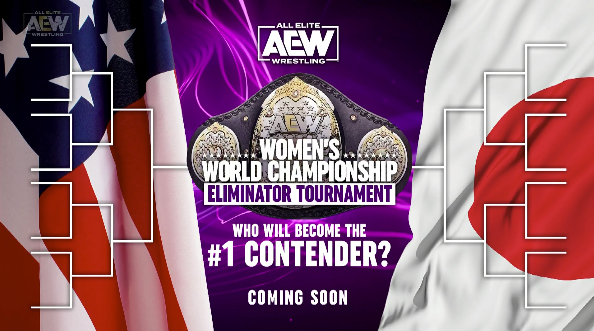 The final match of the AEW Women’s Championship Eliminator tournament has been determined.

Nyla Rose defeated Thunder Rosa on Monday’s exclusive YouTube stream to advance. Rose is now the US finalist and will take on Japanese finalist Ryo Mizunami on Wednesday’s Dynamite.

The winner of Nyla Rose vs. Ryo Mizunami will go on to challenge Hikaru Shida for the AEW Women’s Championship this Sunday at AEW Revolution.

It's official! This Wednesday LIVE on #AEWDynamite – It's @NylaRoseBeast vs. @mizunami0324.

The winner will go on to face @shidahikaru for the AEW Women's World Championship this Sunday at #AEWRevolution!

Below is the updated lineup for Dynamite: The Crossroads.

AEW had some streaming issues for its Women’s Tournament and Tony Khan took to social media to comment on that.

International fans were not able to view the eliminator matches on Sunday, and because of that Tony Khan decided to put them all on YouTube for free, allowing everyone to see them.

https://t.co/Ko5nMWo1dK
Here’s a YouTube link for the Women’s World Title Eliminator matches also streaming tonight domestically on @BleacherReport. International fans I’m sorry for the confusion. We had several meetings re: this Sunday Special, BR had promised to stream overseas 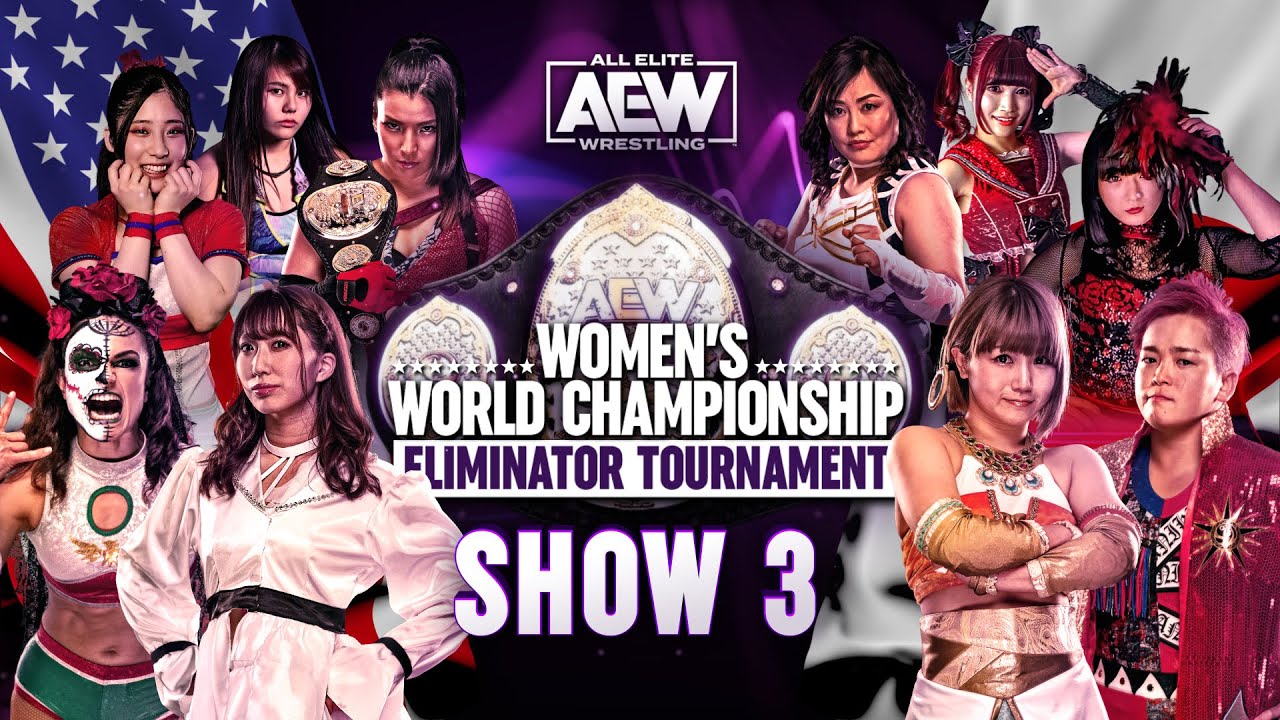 The heels attacked en masse before the bell and isolated Shida, putting the boots to her. Itoh delivered mounted punches and a headbutt, but ran right into a single-leg dropkick from the AEW champ. Kadokura took a backbreaker from Veny, but came back with a dropkick and locked in a backbend headlock. Sakura broke up the hold, and the heels swarmed her and Suruga, spending the next few minutes working her over with quick tags. She would eventually counter Road to Valhalla from Sakura. Shida got the hot tag and cleaned house. Her and Sakura traded tilt-a-whirl backbreakers, then traded about a dozen forearms each. Sakura hit a spinning neckbreaker and a crossbody in the corner, but Shida caught her with a kick. They did the spot where everyone ran in one at a time, taking each other out with superkicks. In the chaos, Veny lept off the top rope and crashed through Shida out on the floor. Veny and Sakura both hit moves from the top rope into a headbutt from Itoh. Veny with a big sitdown powerbomb for two-and-a-half. Things broke down into a six-way brawl. Shida hit the Falcon Arrow on Veny, but they kicked out at 2.99. She delivered a running knee, and this time it was enough.

The heels attacked after the match, but Shida fought them off and sent them out to the floor one at a time. Sakura took a few shots at Maki Itoh just to work out some frustration on the way out.

Mizunami dominated the early going using her strength advantage, mostly working holds as Sakazaki tried and failed to chip her down to size. Yuka finally took her down with a series of pinning combinations, but was quickly tossed into the corner and chopped a half dozen times. Yuka rolled into a surprise Calf Crusher but let up in the ropes and hit a sliding lariat. Mizunami caught her with a backdrop suplex and a slingshot German suplex before slapping on an Acaconda Vice. Yuka flailed around trying to get free, before reversing the hold into a front-mounted triangle choke. Mizunami fades, but powers her back up into a big powerbomb to break it up. Yuka hit her with rapid fire forearms and a running knee for two. Springboard frog splash gets two. They traded forearms and Yuka nearly got it with a running hurricanrana into a pin attempt. Mizunami hit a big spear, followed by a second spear and a Fisherman’s Driver to get the win.

Riho snapped off arm drags and a quick dropkick out of the gate. Thunder Rosa fired back with German suplexes and a lariat, hammering away with rights and lefts on the mat. She locked in a nasty submission wrenching her opponent’s neck backwards. Riho broke the hold and hit a neckbreaker and a Tiger feint kick for two. Rosa caught her with a boot in the corner and slapped on a Dragon Sleeper, but Riho reversed with backbend bridge for two. Riho rolled into a double foot stomp and came off the top rope with a crossbody splash for a nearfall. Rosa backed her into the corner and took a breath before delivering a running dropkick and lariat. Seated dropkick gets two. She tried for a helicopter spin but Riho snuck out and kneed her in the face. They battled on the top rope and Riho hung her up for a double foot stomp. Forearm trade. Riho hit a dropkick, Rosa came right back with a lariat. They traded pinning combinations and Rosa caught her!