As we noted yesterday, Bobby Lashley and EC3’s Impact Wrestling contracts will be expiring soon, and since they are on bigger money deals it remains to be seen if they will join the long list of top talents to depart the company.

The Wrestling Observer Newsletter is now reporting that Eddie Edwards’ Impact contract is also set to expire soon, so he is yet another top talent to keep an eye on, as it is very possible Impact will not offer renewals to the higher paid talents who are guaranteed money deals. 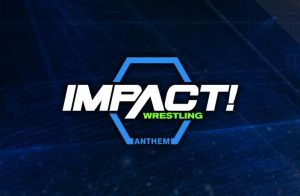 The report adds WWE has interest in Edwards, likely for the NXT brand, and Ring of Honor has also expressed interest in the former TNA Champion. WWE passed on Edwards several years ago, but that was back when the company had a negative attitude towards using former ROH talents, and that attitude has of course changed.

In related news, Impact is currently focusing a lot of its efforts on using Canadian-based talents, and after the Nashville Impact offices closed back in December 1st, some of the employees were moved to the Anthem offices in Toronto.

Impact is currently in cost-cutting mode, and the company stands to save about $500,000 in tax breaks and other areas when the company does large tapings in Canada.

With regards to James Storm, who is the most recent top Impact name to leave the company, he is currently accepting independent bookings, leading to the belief that he is not WWE bound. Storm previously did a brief stint in NXT before making the decision to return to Impact Wrestling.