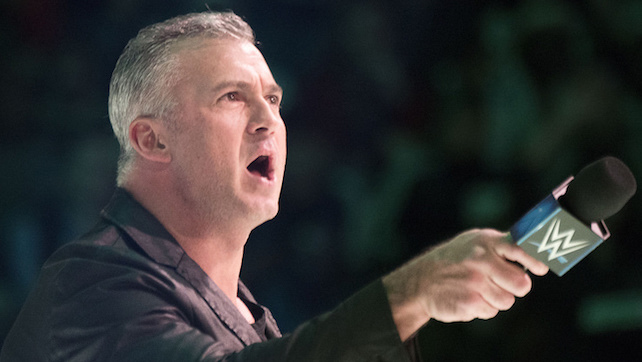 This Sunday, Shane McMahon will return to the ring for the first time since WrestleMania 33, as he’ll go one on one with former WWE Universal Champion Kevin Owens inside Hell in a Cell. The match also has a falls count anywhere stipulation.

Shane, who is 47, has wrestled in three matches (Undertaker at WrestleMania 32, Survivor Series 2016, AJ Styles at WrestleMania 33) since he returned to WWE in the spring of 2016, and he’s taken big bumps in all of them.

According to Dave Meltzer of the Wrestling Observer Newsletter, some WWE stars resent the SmackDown GM because he’s not taking these big bumps on a nightly basis like they are.

“The one thing (Shane} has the advantage on, which the (full-time) guys don’t have, and I remember guys used to be critical of this, when Shane would do the big bumps, because it was like ‘well Shane’s gonna do one or two matches a year, and he’s gonna do this big bump, and he can get hurt and rest up. And he shows us all up that are trying to do big bumps, and we gotta come back the next day.’ So in a sense, there was resentment of him.”