Once again it was another busy week of professional wrestling with four action-packed shows that all had some major positives. We’ve had title matches, steel cage bouts, and even a match involving pianos and guitars.

There has been some tremendous storytelling throughout the week as WWE builds to WWE Super ShowDown and AEW to AEW Revolution, making it an important week for both companies. Of course, it wasn’t all perfect and there were some poor moments sprinkled in as well. But, once again it’s that time to rank the four major shows of the week, so let’s break it down!

This week’s episode of WWE Raw was an incredibly poor one. Since the turn of the year, the red brand has really been hitting it out of the park with consistent, quality shows, but this week wasn’t one of them. The show started out strong, with another excellent segment between Matt Hardy and Randy Orton, but things slipped from there.

There were other positives as well, with Erick Rowan and Aleister Black having an entertaining match that helped both of their characters as well as the match between Kairi Sane and Natalya. However, a lot of the show really dragged this week, which hasn’t been the case previously.

The fact we also got the exact same main event that has been shown for several weeks now. The feud with Seth Rollins men against Kevin Owens and the Viking Raiders is one that fans are growing tired of, simply because there’s no variation in the matches. WWE desperately needs to fix this as soon as possible.

It was a good week for the black and yellow brand this week as the brand looked to follow up from the excellent NXT Takeover: Portland show. In some respects, NXT did exactly that, adding a little to the Tommaso Ciampa/Johnny Gargano situation, but there were other moments where the brand didn’t.

We got treated to two really great matches with Jordan Devlin defending his NXT Cruiserweight Title against Lio Rush and Velveteen Dream battling Roderick Strong. But there was also no development with Finn Balor (which comes next week) and the Undisputed Era didn’t really comment on the loss of the Tag Team Titles.

We also saw Dominik Dijakovic once again be involved with Keith Lee, which wasn’t something people wanted. Even though they’ve had amazing matches, it’s time for both men to move on. Overall, it was a decent episode, but it certainly wasn’t groundbreaking. 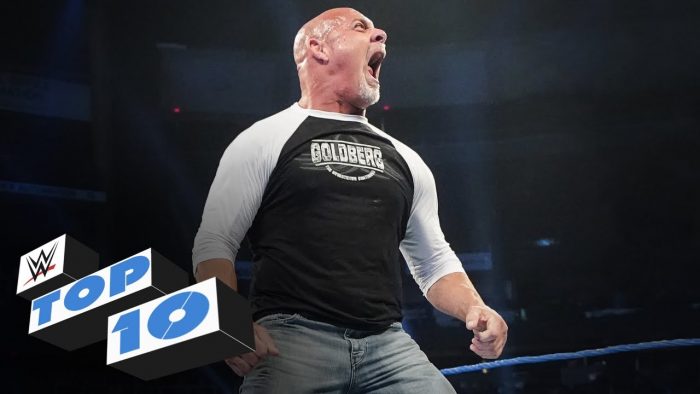 The blue brand has been very poor so far in 2020, struggling to provide two-hours of consistent quality. However,  this week the show was a major improvement and it deserves credit for that. Everything on the show seemed to have a purpose and it flowed really well.

There were several good matches, with the opening eight-man tag being solid and the number one contender’s match being impressive as well. Even the insane Symphony Of Destruction match, which could have been a car crash, was fantastic as all four men really put their bodies through hell.

We also got a Hall Of Fame announcement with the Bella Twins, which was cool to see, and the continuation of Daniel Bryan’s storyline. The way WWE used Goldberg was also smart, having him put the fear into The Fiend, setting up their title match well. 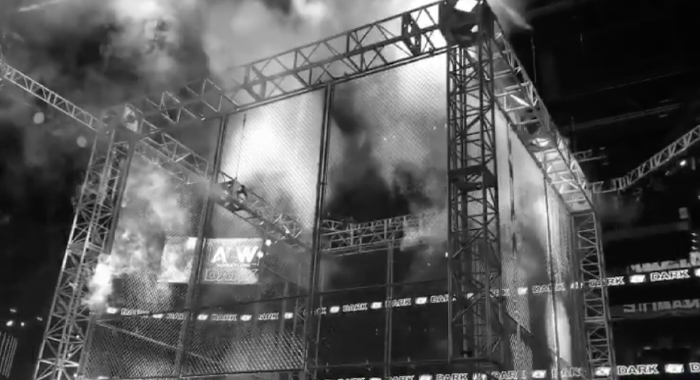 This week brought arguably the greatest episode of AEW Dynamite so far, with the show winning the weekly Twitter poll (see the bottom of the article) by an absolute landslide. This week, I have to agree with you as AEW Dynamite was absolutely incredible.

It was a near-perfect two-hour show that just flew by, with everything feeling important. The tag team battle royal was a ton of fun to start the show, and this week also did a great job at starting to really develop AEW’s women’s division, which has been sorely needed.

But the main talking point from this week is obviously the steel cage main event. This was an incredible match and is one of the best steel cage bouts in a long time. Not only did it push Cody as the top babyface in AEW, but it was also a superb showing for Wardlow, who is going to be a big player for the company moving forward.

What was you’re favourite show this week? As ever, the results will be used in Sunday’s #BreakItDown article. #RAW #NXT #AEW #SmackDown