It’s time to Break It Down once again as we take a look at this week’s major wrestling shows in what was another action-packed week. Yet again there was plenty going on in the world of wrestling on the week that saw the return of the In Your House branding for Takeover.

There were several title matches including a title change, great storyline development and some superb in-ring work from all four shows which helped create another engaging week of wrestling as the world slowly takes steps towards returning to normality. 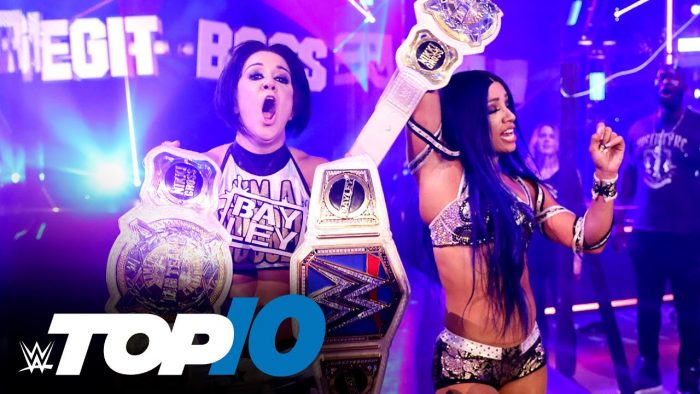 It may have been the weakest episode of the week, but that just shows how high the quality was this week as WWE SmackDown was a fun show again this time around. However, there were just a few segments that missed the mark overall in comparison to others.

The work between Braun Strowman and his challenges, The Miz and John Morrison was a little hokey and was the classic ‘WWE humor’ which isn’t great when used for the top title on the brand, especially when Otis is already taking up a comedic spot.

However, Daniel Bryan and AJ Styles had a really good back and forth promo together and the main event tag team match was really enjoyable with Sasha Banks and Bayley picking up the titles, which was a big change. 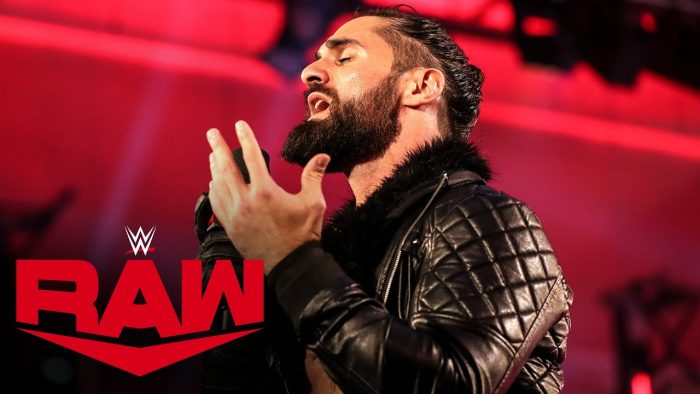 The red brand has been really consistent as of late, and this episode proved that once again with another great episode. The development between Seth Rollins and Rey Mysterio was a big part of this show and it really was fantastic with Rollins and Aleister Black having a fun match together and Dominick Mysterio teasing his involvement in the angle.

Apollo Crews started his United States Championship reign with a title match against Kevin Owens which ended up being spoiled by Andrade and Angel Garza. It continued that storyline nicely which is good, and Charlotte Flair and Asuka also had a really nice match together as well.

While WWE did fill this show up with some recaps of things that happened earlier in the night, which made little sense, however, overall the show progressed storylines well. The main event saw Drew McIntyre battle MVP as that storyline continued as well, which was very well done. 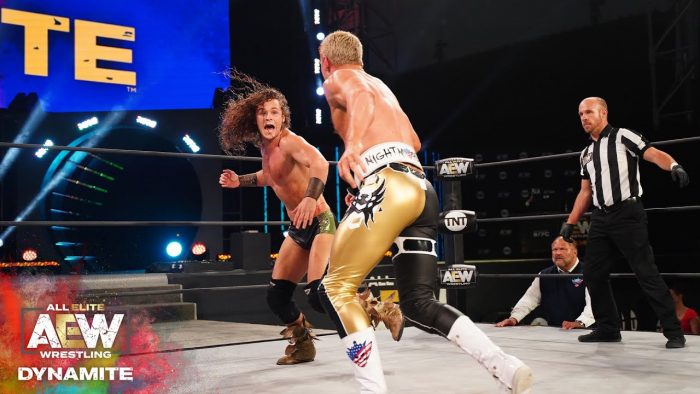 AEW has wasted little time in going full steam ahead towards Fyter Fest, which will be a two-night event this year. The company continued to build Brian Cage as a complete monster while FTR also spoke for the first time, showing their post-WWE personalities for the first time.

The show was full of amazing wrestling, kicking off with a brilliant Tag Team Title match which led to Kip Sabian and Jimmy Havoc really impressing, despite coming up short. That wasn’t the only good title match though, as Jungle Boy and Cody also had a really fun match for the TNT Championship.

Colt Cabana and Chris Jericho had a first-time-ever match which was enjoyable and Big Swole had her best showing so far for the company as well. It was just an action-packed evening that flowed nicely with a real focus on the in-ring action, which is always a good thing.

The black and yellow brand was at its best again this week as the show built up towards today’s WWE NXT Takeover: In Your House. WWE had two excellent prime target videos while the development with Karrion Kross was also nicely done.

The show also saw Breezango make a surprise return as they became the number one contenders to the NXT Tag Team Championships. They had an excellent match with Danny Burch, Oney Lorcan, and Undisputed Era which really put them over upon returning to the company.

However, despite the Takeover build, the best part of the night was certainly the main event which saw the Interim Cruiserweight Championship Tournament take place. With Drake Maverick’s career on the line, the stakes were high and emotions were heavily invested and WWE did a great job of telling this story. With El Hijo Del Fantasma walking away with the gold as the mysterious masked men got involved, Maverick still got his contract, creating the best of both worlds.

What was the strongest show this week in your opinion? #SmackDown #Raw #NXT #AEWDynamite @prowrestlingcom