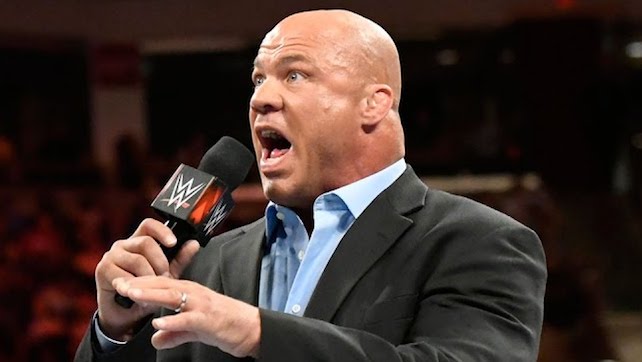 We have BREAKING NEWS here confirmed by WWE.com just moments ago.

Due to unspecified “medical issues” the decision has been made to pull Roman Reigns from this weekend’s WWE TLC pay-per-view. He has been officially replaced by none other than Raw general manager Kurt Angle, who will be wrestling his first match inside a WWE ring in more than 11 years!

It looks like the world will have to wait just a little while longer to see the highly anticipated in-ring return of The Shield, but we’re thinking the return of THE Olympic Gold Medalist is a pretty fair tradeoff. Angle will team up with Seth Rollins and Dean Ambrose to take on The Miz, Cesaro, Sheamus, Kane and Braun Strowman in a 3-on-5 tables, ladders and chairs match this Sunday, only on the WWE Network.