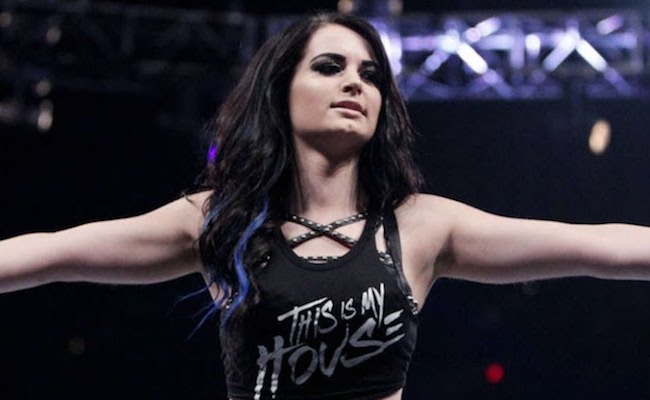 After nearly 17 months off television, former WWE Divas Champion Paige made her highly anticipated return to Monday Night Raw in a massive way.

The “anti-Diva” received an incredible reaction from the Houston crowd after announcing that she was indeed back for good, before introducing two new friends: Mandy Rose and Sonya Deville from NXT! The trio then marched to the ring and interrupted a four-way match in progress between Bayley, Sasha Banks, Mickie James and Alicia Fox that would have crowned a #1 contender to the Raw Women’s Championship, laying waste to the division.

The chaos did not stop there. After taking out four possible pretenders to the crown, Paige and her new girl gang stormed the backstage area and took out champion Alexa Bliss.

This was the first time fans have seen the two-time champ on television t since June 2016, as she suffered an injury to her neck that would later require surgery. While on hiatus, Paige also received two violations of WWE’s Wellness Policy which she disputed heavily on social media, and came under a lot of fire for her controversial relationship with current Impact Wrestling star Alberto el Patron.

In contrast, this was the first time on Raw for both Mandy Rose and Sonya Deville (formerly Daria Barenato), who both competed in the 2015 edition of Tough Enough before moving to WWE developmental and later NXT television.