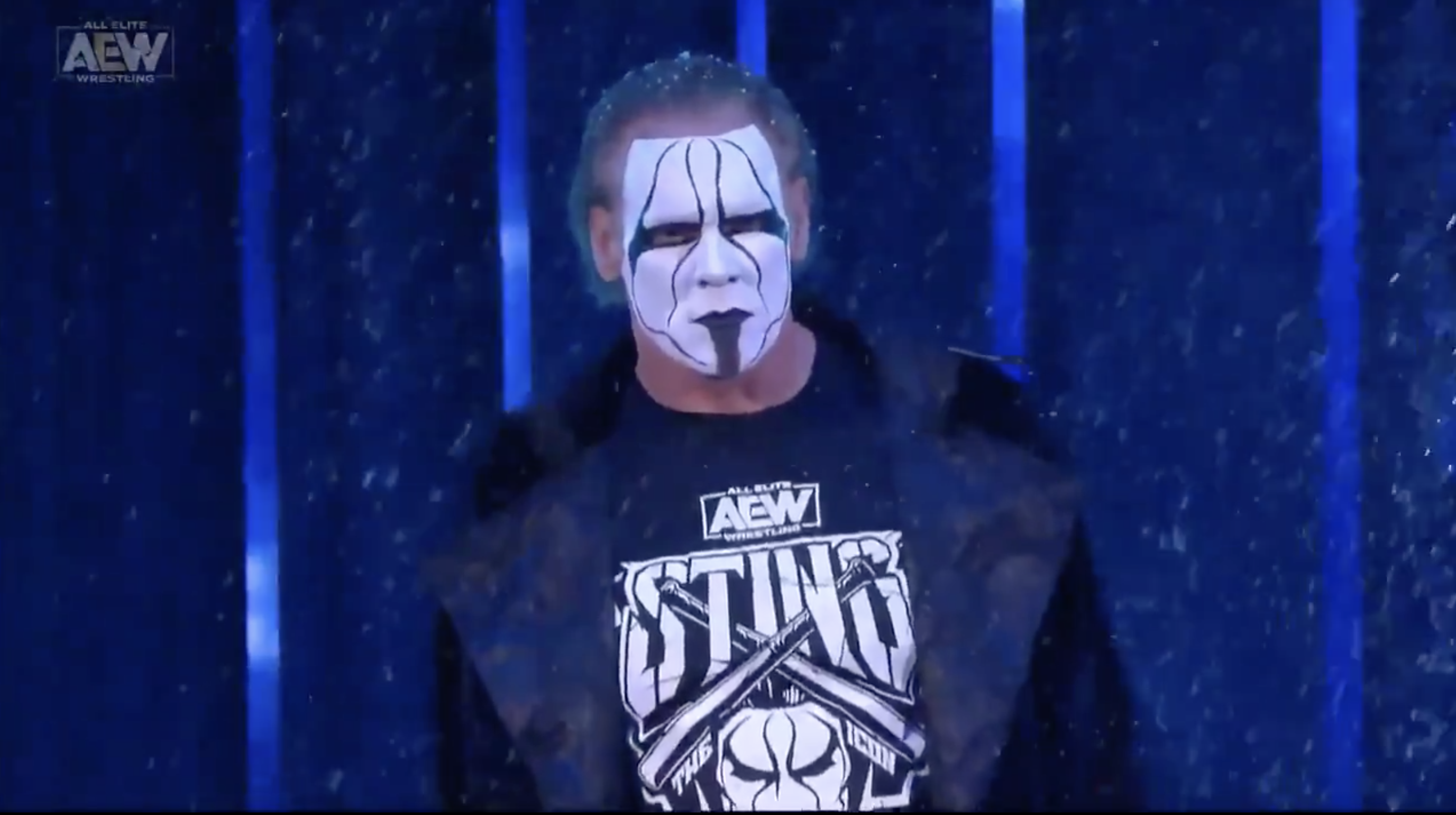 The Icon has returned to TNT.

The man they call STING made a shocking appearance this Wednesday night on a special edition of AEW Dynamite – one that the company had heavily promoted as the biggest and most important episode in its young history.

The 61-year-old wrestling legend made his career in the National Wrestling Alliance, arguably becoming the most important figurehead of World Championship Wrestling and its flagship show on the TNT network, Monday NITRO.

It was believed that Sting suffered a career-ending injury during a match with Seth Rollins in 2015, during his short-lived run with WWE. He announced his retirement from professional wrestling the following year while being inducted into the WWE Hall of Fame.

Sting arrived in All Elite Wrestling carrying his signature baseball bat, chasing off Taz, Brian Cage, Ricky Starks and Powerhouse Hobbs, who were in the midst of assaulting AEW coach Arn Anderson.

In the ring, “The Icon” had a very pointed and tense stare down with both the “American Nightmare” – an obvious intergenerational dream match in the making – and TNT Champion Darby Allin, who has been compared to Sting’s “Crow” character by many fans.

.@STING HAS ARRIVED IN ALL ELITE WRESTLING!
Watch #AEWDynamite NOW on @TNTDrama pic.twitter.com/NMLGKqdQtX