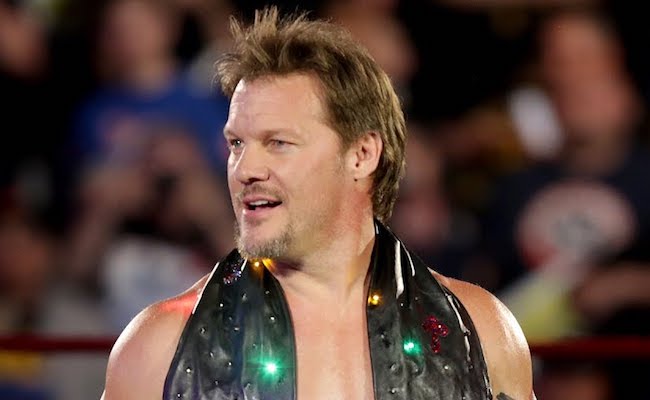 On the latest episode of Talk Is Jericho, Chris Jericho connected with two of the stars of GLOW, Kimmy Gatewood and Rebekka Johnson, who played Stacey “Ethel Rosenblatt” Beswick and Dawn “Edna Rosenblatt” Rivecca, respectively, and Chavo Guerrero, who served as fight coordinator for the series.

Chris starts by asking Chavo how he got involved with GLOW, and Chavo mentioned that his uncle Mando was the original trainer for the original series, and was sent a link for the project, which was created by the creator of Orange Is The New Black. After a while, Chavo was able to get in a room to talk to the writers, one of which wrote a play called “The Legend of Chat Deity”, which happened to be based on Chavo himself.

Gatewood and Johnson go through their journey on how they got to play the “Beatdown Biddies” on the series, were originally told they’d be “stand up comics that were best friends” and went through many character changes throughout their time. But they were told ahead of time that they would have to learn how to wrestle and were willing to go to extreme lengths to get the gig. Gatewood and Johnson both said it was a terrifying experience, and really didn’t know what to expect going in. Chavo said that he knew that it was going to be a weird experience, so instead of being hard on the women, who all came in as amateurs, he decided to try to make them fall in love with wrestling. He had to explain to them that they were going to excentuate their strengths and hide their weaknesses throughout the show.

Gatewood and Johnson talked a lot about their characters and the character development (many times going into character), and how Kimmy picked the craft up one of the quickest of all the women on the show, other than Kia Stephens (aka Awesome Kong/Kharma). It was also brought up about several episodes, including where the characters of the Beatdown Biddies came out as Ku Klux Klan members and that they felt it was controversial and Chavo had to make them comfortable with the situation.

You can listen to the entire episode on Podcast One at the link here.