“Davey Boy’s exit in the opening round of the Opera Cup marks the end of this chapter for DBS in MLW,” said MLW CEO Court Bauer on Thursday morning.

“I have immense gratitude for (Davey) and his contributions inside the MLW ring over the past 2 ½ years. The MLW system was a great fit for him. Winning the 2019 Opera Cup as well as his run as a World Tag Team Champion. A certified beast. Davey Boy Smith Jr. is the real deal and I wish him luck with whatever comes next.”

For what it’s worth, Smith’s long-time tag team partner Lance Archer is currently under contract with All Elite Wrestling.

With one of it’s bigger names out the door just weeks into the return of MLW’s weekly flagship series FUSION, the promotion has continued to stack the roster with new talent – and they’re not done yet.

In the same statement, Court Bauer also let slip that a “familiar face” was on their way in “soon”. He called the arrival a “big surprise” and even claimed that he was “a little surprised it hasn’t leaked yet.” 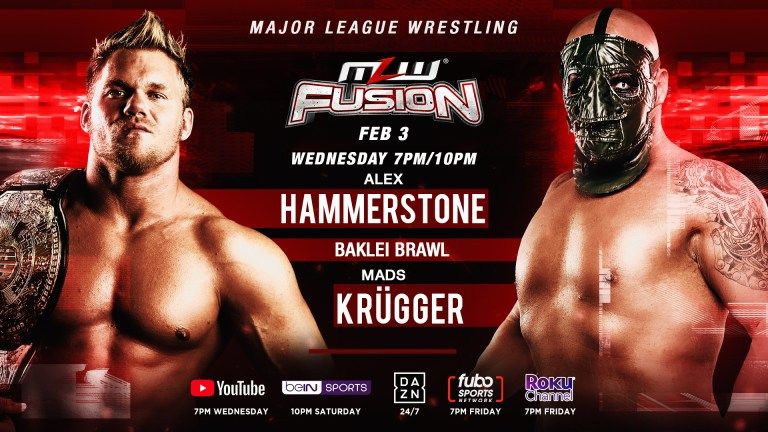 — A recap is shown of Injustice posing as members of the Sentai Death Squad last week to gain a measure of revenge against CONTRA Unit.

— Myron Reed cuts a promo asking if the world forgot that they spent the fall of 2020 getting rid of the CONTRA problem and taking their masks. “Do we have your attention now?”

Oliver comes out of the gate with a running dropkick shooting the unknown masked mercenary into the corner. A hesitation dropkick follows for two. He quickly jumps to the second rope and finds a springboard cutter for the quick victory. It looks like Oliver tweaked his ankle or knee at some point as he was limping after the match.

— After the match a fired up Oliver sends a message to CONTRA. He says he’s not the same kid he was last year, and is now a solid 220 pounds. He tells Jacob Fatu to go back and watch what he just did in the ring, because he’s coming for that strap!

— Salina de la Renta sent in a message saying Savio Vega must feel like a failure after failing to bring back the Caribbean title to Puerto Rico. She knows times are tough and IWA must be lacking money during this pandemic. Salina claims that the new owner and operator of Promociones Dorado is a man of “deep pockets”, and they’ve made him an offer…

— Footage is shown of last week’s Caribbean Strap Match where Savio Vega was inches away from victory before the referee got in his way and basically gave Richard Holliday the win. The ref is none other than disgraced NBA official Tim Donaghy, who legitimately fixed games during his tenure and spent more than a year in federal prison.

L.A. Park and El Hijo del L.A. Park make their way out led by Salina de la Renta and a man who we are told is an associate of “El Jefe” who is protecting his investments. We still don’t know who the mysterious new owner of Promociones Dorado is.

The champions attack TJP before the bell rings and leave the newcomer alone in the ring. Dao locks up with El Hijo and tries to get some momentum going, but as soon as he gets in a few shots L.A. Park takes a cheap shot from the outside and double-teams the kid.

TJP rushes in and goes right after L.A. Park, brawling with him to the outside. The ref gets control of the match and sends all four guys back to their respective corners. El Hijo drops Dao with a short-arm lariat and they once again double-team him as the referee’s tunnel vision is fixed on not letting a rabid TJP get in the ring.

TJP eventually runs in, shoves his partner aside and lays in right hands to El Hijo. Things quickly turn into another wild brawl as we go to the floor. Los Parks drop Dao with a pair of big boots and whip him head-first into TJP.

Back in the ring TJP comes off the top rope with flying headscissors on L.A. Park. The champions bail outside but are met with a suicide dive and a tope con hilo from the challengers. Dao locks in a crossface on El Hijo while TJP puts papa in an octopus stretch, but L.A. Park falls into the others to break both holds.

L.A. rolls outside and TJP does a springboard dropkick to take him out. Back in the ring Dao connects with a tilt-a-whirl DDT for two-and-a-half. El Hijo comes back with a pair of dropkicks as a worried Salina directs traffic.

The referee goes to deal with a brawling TJP and L.A. Park on the outside. A third unidentified Park comes from under the ring and replaces El Hijo. Dao doesn’t realize and goes for the pin, only to get caught by a fresh competitor for the three-count.

— After the match a frustrated TJP shoves his protege over and walks out on him.

— Laredo Kid sends in a video calling out Lio Rush.

— Rush also sends in a video claiming he doesn’t know who Laredo is but he knows he has some gold, and Lio loves him some gold. He accepts the challenge on one condition: next week it’ll be an Interpromotional Title Fight, MLW Middleweight Champion vs AAA Cruiserweight Champion in the main event!

— Alex Hammerstone has arrived at an undisclosed location, apparently one of CONTRA Unit’s secret strongholds, for tonight’s main event.

We start with a series of nice armdrags from both guys into a bit of chain grappling. They break even and Medina starts trash talking him in Spanish, kicking away a handshake attempt. He gets cocky and claims he can take Gringo down with one hand. He then manages to send Gringo flying doing exactly that.

Medina sends Gringo into the edge of the ring and rolls him back inside, laying in kicks all over the body. Gringo eventually trips him up and connects with a superkick. He follows with a corkscrew moonsault from the top rope, just grazing his opponent for two. They both connect with enzuigiris and collapse.

Gringo once again goes to the top. He tries for another moonsault but Medina gets his boots up to block it. Snake Eyes into the corner. Gringo surprises him with a pinning combination, but Medina reverses it for the three-count.

— The fighting between Gino and Gringo continues in the back after the match.

Hammerstone is walking through the dark at some kind of industrial facility with a referee and the camera crew. Mads emerges from the shadows and the two immediately start swinging, bouncing each other off cement blocks, metal gates and various objects.

Kruger bites his opponent’s head and swings a gate into his face. Hammerstone fires back with some nasty forearms, and narrowly avoids a wooden pallet being thrown at him. More brawling.

Hammerstone whips him into a big recycling dumpster, then picks him up and does it again. He goes for the pin but… somehow in the darkness Kruger has been replaced with a smaller Kruger. The guy behind the camera keeps saying “we gotta get the f*** out of here!” The real Kruger comes out of nowhere and drops Hammerstone with a right hook.

And…. I guess that’s how our show is ending this week! 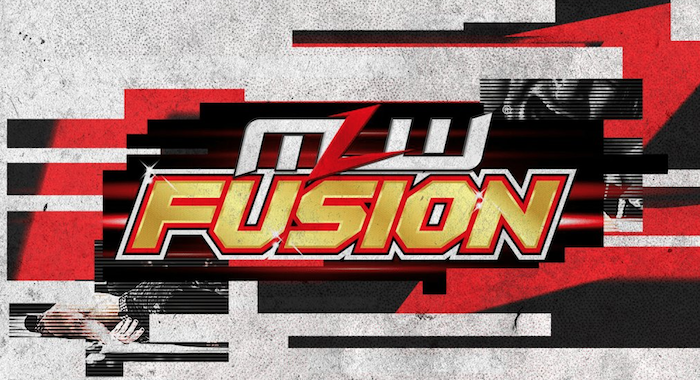 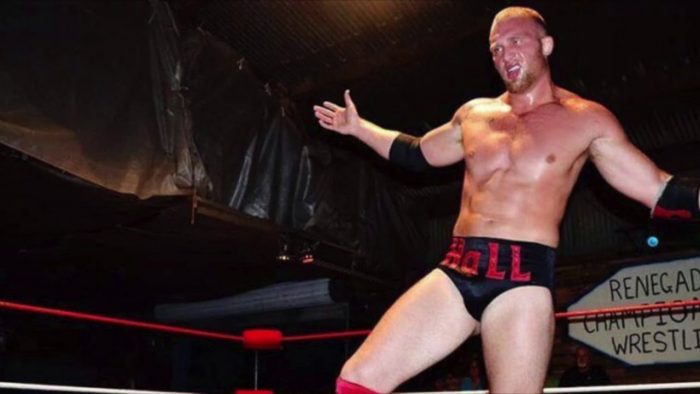