The summer of 2016 brought back a concept that many have come to either love or despise.  No, we aren’t talking about Roman Reigns; we are talking about the WWE Brand Extension.

This latest installment of the brand split started off on a relatively positive note.  We saw Smackdown move to Tuesdays as a live show, the return of the Cruiserweight division exclusive (sort of) to RAW, the addition of a second world championship, two sets of women’s and tag team divisions, unique announce teams, and overall much better character buildup.  With brand exclusive rosters, we witnessed the rise of individuals such as Braun Strowman, Corey Graves, Alexa Bliss, Kevin Owens, AJ Styles, and Baron Corbin to name a few.  Without the brand split, it’s hard to say that these superstars would have reached the same success that they have. 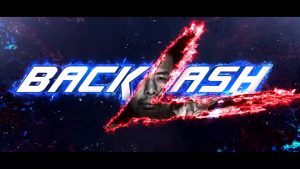 Another huge negative that is more of an issue on WWE’s radar is the attendance for these events.  WWE has been having a hard time lately at selling out events, and the exclusivity of WWE’s rosters is seemingly a large factor.

Breaking this trend are the Big 4 events: Royal Rumble, WrestleMania, SummerSlam, and Survivor Series that are marketed as 4+ hours events where both RAW and Smackdown superstars compete.  These events are clearly treated more importantly than the brand exclusive PPVs and are made into what I will refer to as “mega-weekends.” Not only do we see a dual-brand PPV on Sunday, but we are treated to NXT Takeover on Saturday, RAW on Monday, and Smackdown Live on Tuesday with all four events often taking place in the same arena (excluding WrestleMania).   This effectively cuts down WWE’s costs of running different venues on consecutive nights and also cuts down travel costs for its talent and personnel. 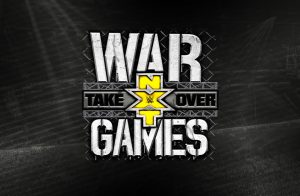 WWE has the benefit of profiting off these weekends as cities vie for the opportunity to host these events similar to the International Olympic Committee bid process as well as running services such as travel packages and superstar-fan interactions, where fans are more likely to attend more than one event during a Big 4 weekend.  With the recent news of WWE making the Money in the Bank PPV a dual-branded event, it begs the questions, should there be more dual-branded PPVs and thus more “mega” weekends?

In 2017, WWE ran 16 PPV events with 6 RAW events, 6 Smackdown events, and the Big 4 PPVs.  While monthly or sometimes bi-monthly events are a great marketing tool for the WWE Network, it simply is not beneficial for the on-air product.  By running numerous events within a short amount of time, it leaves a much drier product for the fans.  Events are no longer treated as must-see spectacles, talent are facing grueling schedules and overexposure, and fans like myself are starting to become burned out.

An idea I propose is if WWE cuts down the number of PPV events by eliminating all brand exclusive PPVs and creating roughly 8-10 “mega” weekends.  This would create a much better schedule by promoting NXT, RAW, and Smackdown Live along with these PPV events and create more must-see events.  It also saves on talent exposure as bigger moments can be saved for these shows. 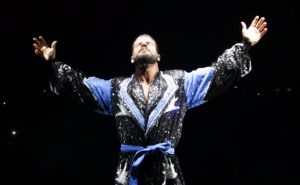 Take NXT for example. When superstars such as Shinsuke Nakamura or Bobby Roode made their entrance, it was a huge deal.  Bobby Roode had pianos and a choir play him to the ring while Nakamura had Lee England Jr. epically escort him to the squared circle.  While Shinsuke’s entrance is still a big hit, seeing it every week on Smackdown and then again on the Smackdown Live PPV once a month has made it sort of loose its luster.  Now I am a big fan of the phrase “less is more.”  I believe that this concept is what has made NXT such a popular promotion amongst most wrestling fans.

Having only 8-10 PPV events means that there will not be a PPV event every month.  WWE can space these events out somewhat evenly to ensure a balanced schedule.  An example of a PPV schedule under this model is as follows:

To compensate for the elimination of brand exclusive PPVs, I would much rather have WWE promote larger episodes of RAW or Smackdown.  Similar to how Smackdown had the Wild Card Finals in late 2016 or “Sin City Smackdown” just a few months ago, WWE can hold occasional Supershows of RAW and Smackdown where the matches are booked ahead of time, titles are on the line, and traditional television formats are thrown out the window.  These episodes of RAW and Smackdown can follow the pattern of how the original NXT Takeovers used to be in place of an episode of NXT on Wednesdays that were highly successful.

Following this model is sure to increase ratings for both RAW and Smackdown and hopefully get more fans in the arena, which is always a plus.  The key is to have the top competitors from RAW and Smackdown along with the top storylines competing on the dual-brand events, while more members of the rosters can compete on the enhanced RAW or Smackdown events.  Since there will not be a PPV event every month on the WWE Network, WWE can use the months without events to promote shows, air tournaments, or have pre-shows and post-shows for the RAW or Smackdown specials which can help maintain or grow subscribers.

In the end, I believe this creates a more balanced product that can benefit all involved.