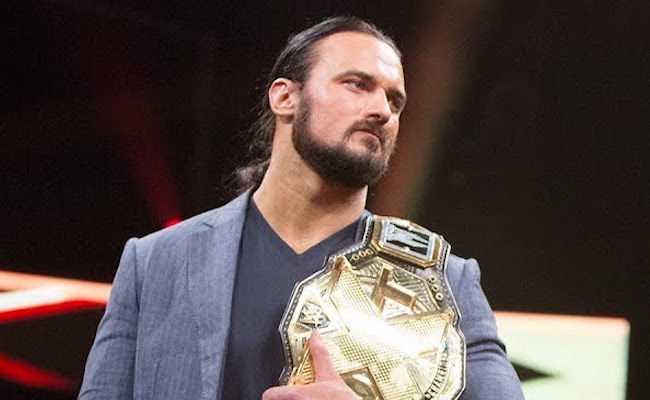 Earlier this afternoon we reported two pieces of major breaking news following the removal of Roman Reigns and Bray Wyatt from this weekend’s WWE TLC pay-per-view. The two Raw Superstars are being kept off television due to an alleged outbreak of viral meningitis, the same thing that has apparently kept Bo Dallas and ring announcer JoJo away in recent weeks.

Instead, WWE TLC will see the return of Kurt Angle to in-ring action, as the general manager will team with Seth Rollins and Dean Ambrose in a main event tables, ladders and chairs match. AJ Styles will also face Finn Balor in a huge last-minute collision between two former Bullet Club leaders.

NXT Champion Drew McIntyre commented that all the shocking shake-ups have sent the NXT tour bus into a complete “meltdown”. It seems everyone is buzzing about all the changes!

This has sent the @WWENXT tour bus into meltdown https://t.co/33aLu3aTtY

Bryan Alvarez of Figure Four Online and the Wrestling Observer has also noted that the WWE creative team is working on big changes for this week’s Monday Night Raw. The show was likely going to feature The Shield in several major segments following their planned in-ring return on Sunday night, but with the absence of Roman Reigns the entire script will likely have to be rewritten.