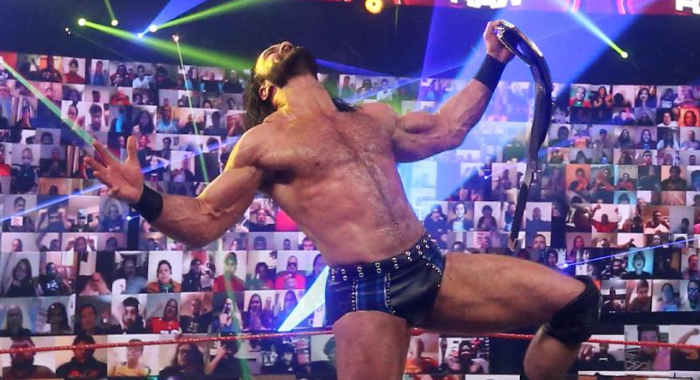 The current WWE Champion, Drew McIntyre has responded to the recent claims by The Undertaker that the current product is ‘soft.’

The WWE legend was a recent guest on The Joe Rogan Experience, and he gave some very honest thoughts on the modern-day WWE, stating that the product is too soft for him.

Drew McIntyre recently spoke with SportsKeeda.com, and he took the time to respond to those comments, making it clear he does not agree at all.

“I don’t agree whatsoever. Especially from an in-ring perspective,” said McIntyre. “I’ve listened to part of it [the podcast], I’ve got to listen to the whole thing it’s pretty new.

“But I think he may have been referring to like the kind of storylines and characters etc. Like the co-host that was on the show was like a fan from the attitude era and I think they were perhaps referring to some of the outlandish storylines,” he added.

Drew continued by discussing the differences in the Attitude Era and today’s WWE, with the PG restrictions changing how far things can be pushed from a storyline perspective.

“Back in the day, there were more sexual based, more like risque 18 plus. Our current product is PG, there’s only so far we can push it and we’re willing to push it,” admitted McIntyre. “There’s certain things from back in the day that was awesome and certain things that were not awesome that I wouldn’t wanna go back to.”

“So I’m not sure if it was more from like that perspective when it comes to the stories and not being as adult-based as it used to be but I think you know we’re walking a good line right now. But when it comes to the in-ring game, that’s just not true at all. It’s never been more physical.”