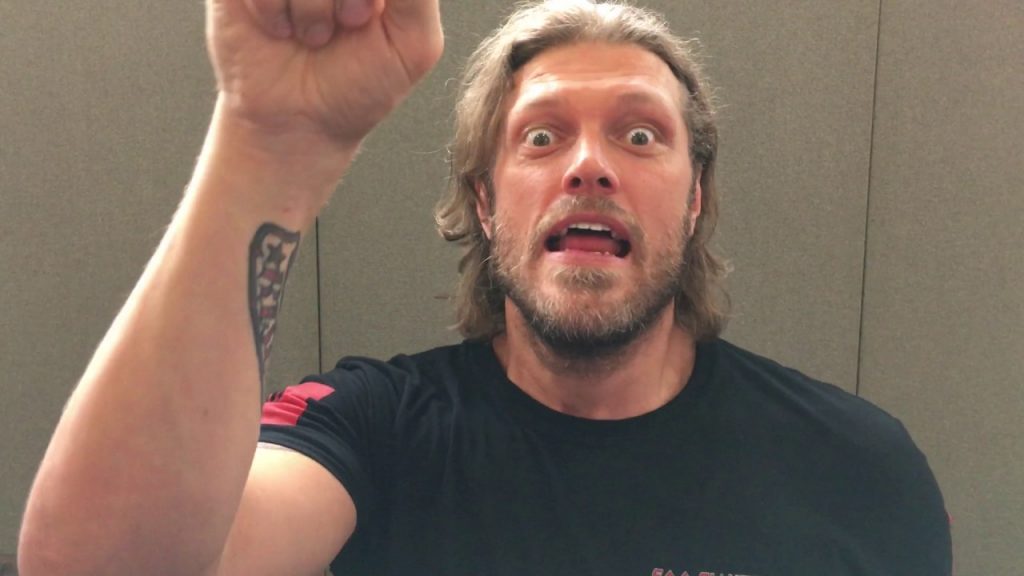 – WWE Hall of Famer Edge recently participated in a interview with IGN prior to Survivor Series, and discussed a wide variety of wrestling topics, check out the highlights below:

On if he thought he would wind up with a wrestling podcast:

“No, I never I thought I would be because I just figured there were enough of them out there already. I didn’t fully understand how it worked either. I’m usually way behind the curve in terms of technology so I understood the concept of it but I never thought I’d be involved in one. But that being said, if you’d ever asked me seven years ago if I’d be on Vikings I wouldn’t have thought that was possible either. I also never thought I’d help write, produce and direct a wrestling sketch comedy show,” Copeland laughed. “All of these things just kind of happened. Initially, I was a little trepidatious with the podcast, because as I said there’s been so many of them, but the one thing – and I think the main thing – Jay and I both realized was that there wasn’t going to be one that had the chemistry that he and I have. You can’t write it, you can’t manufacture it, you can’t bottle it – it’s just something that is. It’s two kids that met in 6th grade and hit it off immediately and became best friends for 32 years. You can’t force that, it just is. And I’d like to think that people who listen feel like they’re just sitting in a room with two guys who are buddies and if you were there you’d be included in our stupid conversation.”

On Brock Lesnar vs. AJ Styles:

“I don’t see them beating Brock at this point. Part of that is because AJ is so adaptable. He’s super talented and he can afford a loss because you know his next match is going to be ridiculous. So it’s okay that he just lost, you know what I mean? I think sometimes because he’s so talented that he can get away with a loss. That’s not to say that Brock isn’t super talented, because he is, but because of his character and because his “Beast” persona, it’s harder for him to lose. It means so much more if he loses whereas AJ’s one of those talents – like a Ric Flair or an Eddie Guerrero or one of those champions – where every night he could lose. And that’s part of the appeal.”