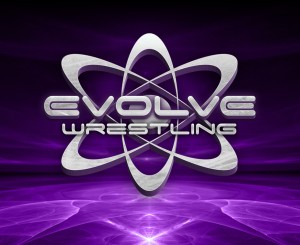 Here are the first set of EVOLVE Rankings:

Open The Freedom Gate Champion
Ricochet
He stands on top of the WWNLive Family after the champion vs. champion match at EVOLVE 33

5) Chris Hero
Despite a losing 1-2 Record, Hero was in three grueling, competitive matches to earn this spot over remaining competitors

6) Anthony Nese
A quick, decisive win at EVOLVE 33 puts Nese ahead of the rest of the field

7) Caleb Konley
Normally a victory over Johnny Gargano and 1-1 Record would have put Konley at #5, but Nese’s distraction at ringside in Gargano match drops Konley in ratings.

9) Drew Gulak
Good showing in Style Battle tournament including win over eventual winner, but 1-2 Record lands him at #9

10) Johnny Gargano
Gargano has been on a slide into madness since losing the Freedom Gate Title, but did he show some redemption at the end of EVOLVE 33?
What do you think of the ratings? Do you agree or disagree? Tweet using hashtag #EVOLVEratings and let us know. Thank you.

DGUSA Title Match Announcement
Ricochet vs. Uhaa Nation for the DGUSA Open The Freedom Gate Title has been signed for EVOLVE 35 in Brooklyn, NY at The Lyceum on September 14th. Uhaa Nation earned the right to book himself in any match he wanted last May and he is cashing in for this title contest. These are the two top American stars in Dragon Gate and now they will collide for the DGUSA Title on live iPPV from Brooklyn! Tickets now on sale in the DGUSA.tv Store.