Ahead of this Friday night’s Ring of Honor Death Before Dishonor PPV, I had a chance to speak with Chris Sabin about his PPV World TV Title match, his career and more, and below are some interview highlights. 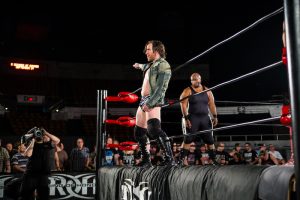 On facing Punishment Martinez for the World TV Title at ROH Death Before Dishonor:

“I am really looking forward to it, this weekend is pretty big. Not only that but then on Sunday I have a six-man tag at the New Japan Long Beach show. I am really looking forward to the match with Martinez, my first match happened in 2003 and whilst I didn’t wrestle consistently until 2015 I have been able to see the company grow, but this is my first time getting a title match for a singles title.”

On the status of his former Motor City Machine Guns partner Alex Shelley:

“I think he is just pursuing interests outside of WWE right now, he is going to school. You know, he was going to school when we were wrestling in Ring Of Honor so I knew eventually we were going to go our separate ways. I think it’s a combination of things, him wanting to focus on school, he got a concussion and I think he was just ready to pursue other interests outside of wrestling. I support him in whatever he wants to do and I look at it as another journey.” 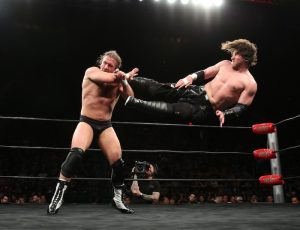 On ROH and NJPW selling out MSG:

“It was jaw-dropping and exciting at the same time that’s something no other company has done except WWE. Ring Of Honor was able to do that, it’s a huge accomplishment and I have such good memories of wrestling events there. To have the chance, hopefully, to be able to wrestle would be a dream.

ROH Death Before Dishonor airs LIVE from the Orleans Arena in Las Vegas on Friday, September 28, 2018 at 9 p.m. EDT on traditional cable and satellite Pay-Per-View providers, and streaming free for HonorClub VIP, 50% off for HonorClub Standard members, and through FITE TV. You can sign up for an HonorClub membership at this link.