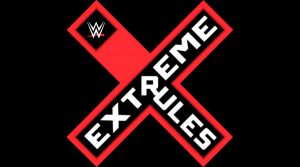 Extreme Rules: “The one night a year that WWE takes it to the extreme”. Well, at least as extreme as TV-PG can get.  If we’re honest with ourselves we know this event is a bit of a let down every year. It consistently delivers a thrilling match or two that fans remember, but more often than not the card and talent suffer from the constraints of the TV-PG format. This year boasts an impressive card that can break that pattern with solid matches and surprises Sunday night, even coming off of that abysmal ratings disaster of a go-home show this past Monday. If you missed my review on RAW and the lost art of go-home shows check it out here. Extreme Rules is going to be a tough event to predict but here goes nothing. Let’s start with a feud that flat out needs to end. 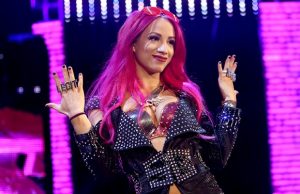 I expect a good little match here. Swann and Dar are very talented and can carry a couple solid minutes of action. In the end, since they gave away the finish on RAW and let Swann pin Dar that tells me the women will be closing this one out. Sasha Banks is the biggest star in the match and this program has merely been a way to keep her out of the women’s title scene for a month. One way or another Alicia Fox takes the fall, but smart money says she taps to the Boss’ Bank Statement.

Intercontinental Title Match: The Miz vs. Dean Ambrose (c) Title Can Change on a DQ

On a show with cage matches and kendo sticks these two have to go out and just put on a standard wrestling match, and that they will. These two have had some good bouts against one another dating back to their SmackDown feud and no les 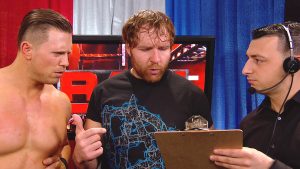 s is to be expected here. The story of this match will be the Miz pushing Ambrose to his mental limits while putting on a good wrestling effort. While I will be pulling for The Miz to win, I don’t see it happening here. If Ambrose gets DQ’d the baby-face looks stupid. If Ambrose is about to get DQ’d, stops what he’s doing and gets blindsided and then beaten he looks stupid. Ultimately in this one, Ambrose hits Dirty Deeds for the win. Should circumstances elicit an obligatory post PPV RAW rematch, look for the Miz to take the title on Monday night. 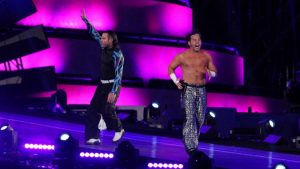 Matt and Jeff have always excelled in cage matches. The stipulation favors the “in your face” physicality that Sheamus and Cesaro are known for. While I’ve been against cage matches in the PG era for their absence of blood, this is a potential show-stealer for Extreme Rules. These four guys are going to put on an awesome display of athleticism and unorthodox cage-based offense that I can’t wait to see. In the end it comes down to that inevitable dive from the top by Jeff Hardy we can all see coming.

When it comes to diving off of a steel cage, Jeff Hardy usually misses the mark. I’m taking Sheamus and Cesaro in this one. If the Hardys are going to continue on as a tag team, and I think they will, they need to face some adversity and capable rivals. Sheamus and Cesaro need this win more. Allowing them to walk out as the new tag team champions after a grueling match keeps this feud going a little longer, and allows them find their footing as heels moving forward. I see this feud culminating at next month.

Kendo Stick On A Pole Match for the RAW Women’s Championship: Bayley vs. Alexa Bliss (C)

The “on a pole” gimmick match is grossly outdated and no longer belongs in professional wrestling. That said I expect this one to be violent and intense once it gets going. The kendo stick needs to be introduced early on in the match to avoid the lame climbing and getting knocked off the top rope spots that plague every one of these sort of matches. Let someone get the kendo stick and let us see some violence from these two.

We’ve seen the women of WWE have their athleticism and talent put on display for quite some time now. Yet there hasn’t been that one, almost uncomfortably violent moment anywhere in either women’s division in WWE since the initial “women’s revolution” began. I’m hoping to see such brutality from Alexa Bliss in this one. Bayley is the perfect sympathetic figure for a villain as good as Bliss to mangle in front of a live audience. Its an untapped area of potential to add depth to the story-telling in the women’s division. Hopefully I’m right, but either way Alexa Bliss walks out with the title after an impressive showing by both women and after her DDT.

Aries and Neville will deliver the best pure one on one bout at Extreme Rules. A methodical and engaging technical wrestling match here between the masters of the Last Chancery and the Rings of Saturn submission holds is sure to wow Baltimore Sunday night. 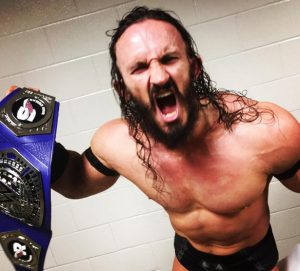 This may be the final chapter in a feud that has elevated both men and the prestige of the Cruiserweight title in spite of the rest of the division’s chronic mishandling. Though some of my excitement dimmed watching Neville tap out to Aries on RAW my expectations for this one remain high. The conclusion will see Neville tapping out to Aries, only for the referee to be out of position from a knock down or interference by TJP. Aries will release Last Chancery giving the King of the Cruiserweights his moment to strike and secure victory forcing Aries to submit in the Rings of Saturn and retain the title. With Cedric Alexander’s return from injury, Akira Tozawa’s momentum building and a healthy Rich Swann hanging around the division it makes more sense for Neville to retain and continue to elevate the other cruiserweight standouts. 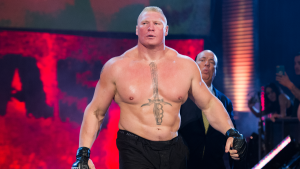 Palpable match of the year potential in this one. The spectre of Universal Champion Brock Lesnar looms large with the winner of this one heading to next month’s PPV to challenge The Beast. Anything can happen when you take four of the best in WWE, plus Roman Reigns, throw them together and make weapons legal. Almost impossible to call this one but I’ll logically map out who will be facing the Beast.

WWE has to rebuild Brock Lesnar as the monstrous killing machine he is coming off his feud with Goldberg. That means whoever wins this match is losing to Brock next month at the hilariously titled Great Balls of Fire event. So the question is, who benefits most from headlining a show with Brock albeit in a losing effort?

You can cross Finn Balor’s name off of that list. While it is PPV and we no doubt see his trademark Demon entrance, it makes zero sense to me for Balor to win this match only to lose to Brock in a short turnaround. Balor vs. Lesnar will happen and it will be a marquee, big money feud for the RAW brand, just not yet. For the time being the next step in building Finn Balor is a feud with Bray Wyatt. At Extreme Rules Balor will no doubt impress but he will not walk out the victor nor will he be the man who takes the fall.

Bray Wyatt won’t be facing Lesnar just yet either. He’s been in a state of flux since finally capturing the WWE title and is in a rebuilding stage of his own. Losing to Randy Orton and the House of Horrors match have stalled his momentum and a pending loss at the hands of Lesnar hurts Bray more than it helps. Look for Bray to begin in earnest what could be a very cool feud with Finn Balor after coming up short in this one.

While Roman Reigns’ inadequacies will be masked by the other competitors and the rules of this match, he isn’t walking out with the win here. Reigns vs. Lesnar 2 won’t happen until SummerSlam at the earliest. While I disagreed with the decision to have him defeat Balor and Rollins on RAW over the last few weeks, what those victories say to me now is that Roman is the guy who takes the loss in this match. He’ll have those wins to fall back on and keep him relevant going forward. I expect a crazy finish and an appearance by Braun Strowman to cost Reigns the match isn’t beyond the realm of possibility.

We’re down to Samoa Joe and Seth Rollins. While Rollins has been on a roll as of late losing to Brock does nothing for either of them. We’ve seen Rollins vs. Lesnar before. Brock beating a guy he’s faced and dominated previously doesn’t do much to help rebuild Lesnar in the minds of fans who suffered through those matches with Goldberg. 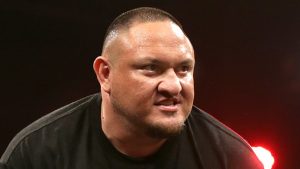 Samoa Joe is the guy who should walk out of Extreme Rules with the win. This is a match that could make Samoa Joe in WWE. He’s gotten the rub from being affiliated with Triple H. He’s laid waste to Seth Rollins on countless occasions and has a win over Roman Reigns under his belt. His triple threat win on RAW has gotten the ball rolling and on Sunday night Joe will secure the first PPV win of his WWE career and go on to challenge for the Universal Title.

Samoa Joe vs. Brock Lesnar is something we’ve never seen before. This match up is mutually beneficial, even if a Lesnar victory is a forgone conclusion. Joe gets to headline a PPV with the biggest star in the company and fight for the Universal title. That’s a great spot to be in having only debuted on RAW a few months ago.This isn’t completely dissimilar from the way  AJ Styles’ was booked last year when he faced Roman Reigns.  For Brock, he runs up against a legit believable bad ass in Samoa Joe and notches an impressive win against a large opponent with a capable strong style skill set. Its a big money match that can really launch Joe and Lesnar into whatever their match-ups at SummerSlam turn out to be. I’m calling Joe beats Reigns in the Fatal 5-Way.