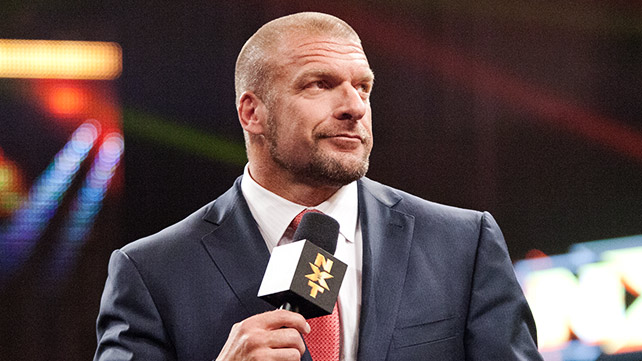 Who Is Filling In For Triple H at Tonight’s TV Tapings?

As noted, WWE is holding a set of NXT TV tapings at Full Sail University in Orlando tonight, and Triple H is not in attendance as he is still in India doing promotional work for WWE.

In his absence, it’s been announced on Twitter that Shawn Michaels and and Road Dogg are producing the tapings:

Gutted to miss my first @WWENXT taping ever while in @WWEIndia but I have the best team in the world doing it…Have a hell of a show!

In related news, Nikki Cross won a match tonight at the NXT tapings to become the final entrant in the Fatal Four Way match taking place at NXT Takeover Houston.

The winner of the bout will be crowned the new NXT Women’s Champion, and the participants are Kairi Sane, Nikki Cross, Peyton Royce and Ember Moon.