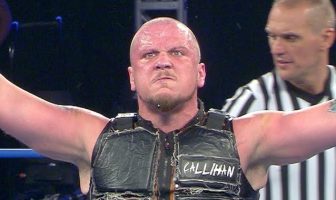 Because Impact tapes more than a month of television at a time, and they are very rarely on pay-per-view, the promotion is more or less forced to plan out their story arcs way in advance. That’s not to say things can’t change, and obviously, as we’ve seen with cases like Allie and Eli Drake, there can be negative side effects. But if you look at tonight’s Rebellion pay-per-view, a lot of the marquee matches had seeds planted as far back as December.

The way they tape allows the writers to create a clear vision, figure out where they want to go with their characters months in advance, and watch things play out every week. Not everything makes it to the pay-per-view. Not everyone on the pay-per-view was meticulously planned six months in advance. But for the most part, there’s a generally feeling that what you’re watching was put together with intention.

Back in the old TNA Wrestling days, there wasn’t always much in the way of consistency — especially later on, when they started earning a terrible reputation for what I would call “shock factor” booking. They developed a bad habit of injecting big surprises and random twists and turns into nearly every single week of the show, instead of having faith in your talent and your writers to tell compelling stories. Again, this goes back to the “long-term storytelling” argument we just talked about.

This is something WWE has, for whatever reason, stumbled into over the past few years. Every month or so major characters will flop from evil villain to lovable, bumbling babyfaces just to fit whatever random story they’re telling at the time. What if a “real” television show did that? Imagine you’re watching Game of Thrones, and in the middle of an episode Jon Snow just chops off Arya Stark’s head. Why? It doesn’t make sense there, and it doesn’t make sense in wrestling. “It’s just wrestling” isn’t an excuse to write a bad television show. 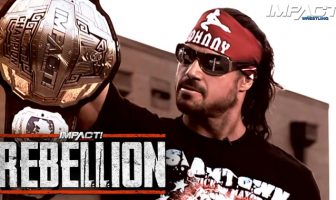 And that is perhaps the best thing Impact Wrestling has going for it: consistency. There are twists and turns. They do introduce new characters. But when they happen, there are reasons. There are stakes. You can see the logical progression of the angle play out, even if it’s just in retrospect.

Take the Johnny Impact and Taya Valkyrie heel turn, for instance. They took months to set it up, planted the seeds, had a clear direction, and when they pulled the trigger on it the end result was really, really good. Now we’re at the door step of a main event pay-per-view match between Johnny and Brian Cage, and I genuinely want to cheer for the babyface who has been screwed over time and time again, constantly working his way against adversity, up against the world with nobody in his corner.

Take Sami Callihan. He’s had different layers added to him over the course of his run with the promotion, but at his core he’s still the same person. The members of OVE are still the same people, with the same motivations and morals, and they react to different situations the way you think their characters should.

Why is Kevin Owens so good in WWE? Because you know you can’t trust him. You know that even though he’s been playing the babyface for the last few months, at some point he’s going to reveal his true colors because, at the end of the day, he is still Kevin Owens. There was a lowkey anxiety the whole time he was with The New Day because you KNEW he was going to turn on them. If he didn’t, it would have been bad story-telling. That is something I feel the Impact regime really understands, and does their best to incorporate into their booking.