The AAA vs. MLW Super Series will emanate from the historic Auditorio Fausto Gutierrez. Tickets can be purchased at http://boletos.taquillaexpress.com/eventos.

“I want to thank Dorian Roldan and Konnan along with their great team for pursuing what we collectively hope is the first of many super series with Mexico’s definitive Lucha Libre organization, AAA,” MLW CEO and Founder Court Bauer said.

The card will feature top ranked MLW wrestlers and represents the first-time MLW has united with AAA to present a co-promoted event. 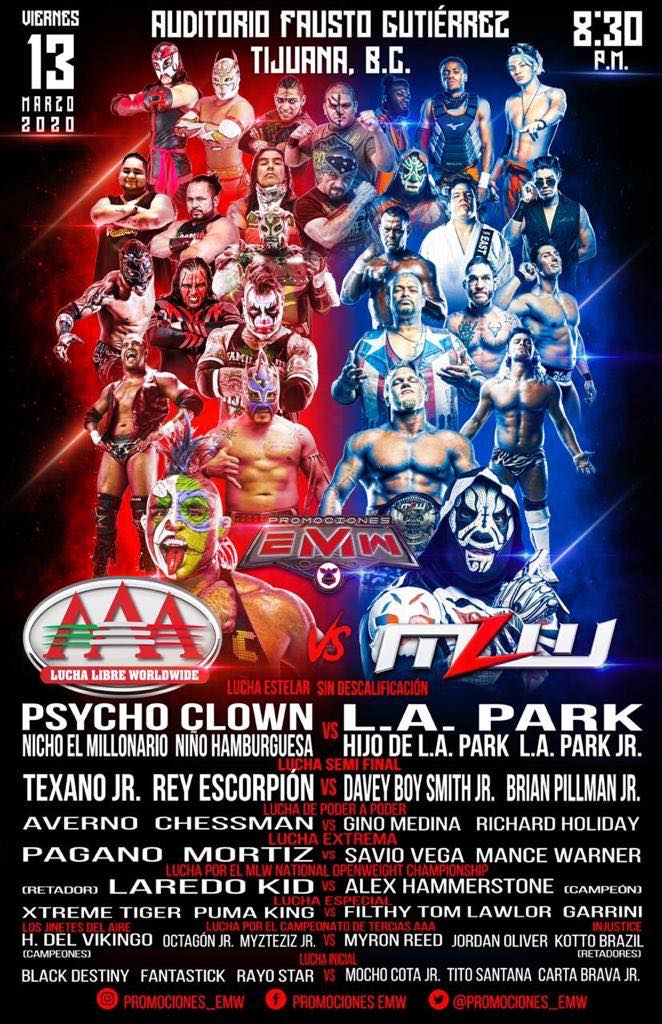