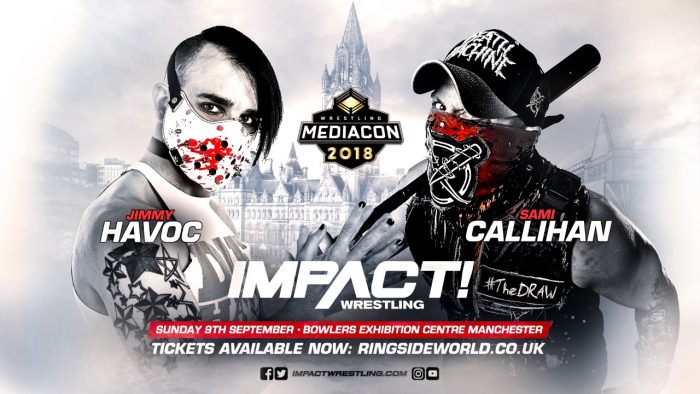 IMPACT Wrestling has announced two dream matches against top UK talent for its upcoming show at MediaCon in the UK, which will be the company’s first live event in the UK in almost three years.

Due to the high amount of responses of different company’s who fans wanted to see IMPACT wrestle against, the company decided to face a mixture of different talents at the Wrestling MediaCon on Sunday, September 9.

The first match announced will see two hardcore icons compete as IMPACT’s Sami Callihan faces the UK’s Jimmy Havoc. Callihan has built his reputation for being dangerous to everyone around him when he almost ended the career of Eddie Edwards, but Havoc won’t fear that, with his bloody style of wrestling being a perfect match.

As well as that, an IMPACT Tag Team Championship match has been announced as LAX will defend their gold against British high flyers, Jody Fleisch and Jonny Storm, two highly decorated singles and tag team wrestlers. 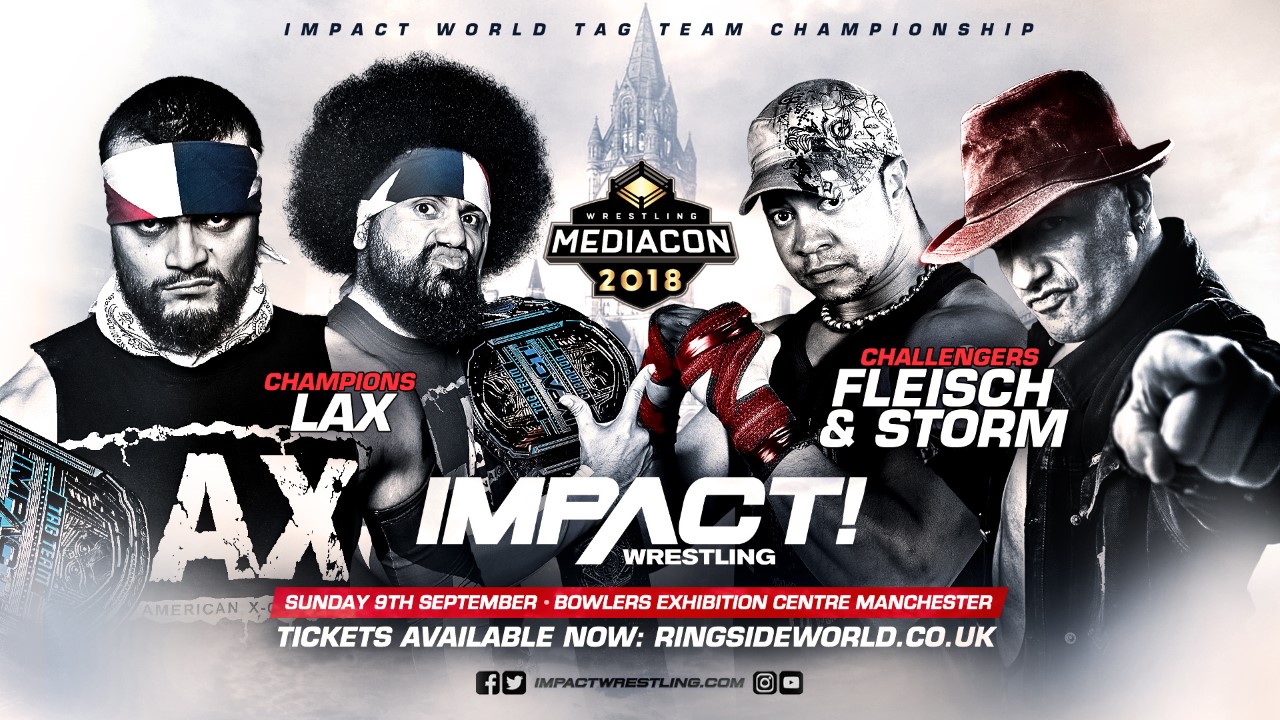 Tickets for the show are on sale NOW from www.ringsideworld.co.uk/wrestling-mediacon-upcoming-events.

Their matches for the Manchester event will be announced each day on the IMPACT Wrestling UK Facebook page at www.facebook.com/ImpactonSpike. Fans should also follow the Facebook page for details of meet and greets at Wrestling MediaCon 2018.

Fans can watch IMPACT Wrestling every Friday night at 11 p.m. on 5Spike on Freeview, Sky and Virgin Media. The show is also repeated in prime time on Saturdays and Sundays on the recently launched Fight Network, which can be found on Sky Channel 455.