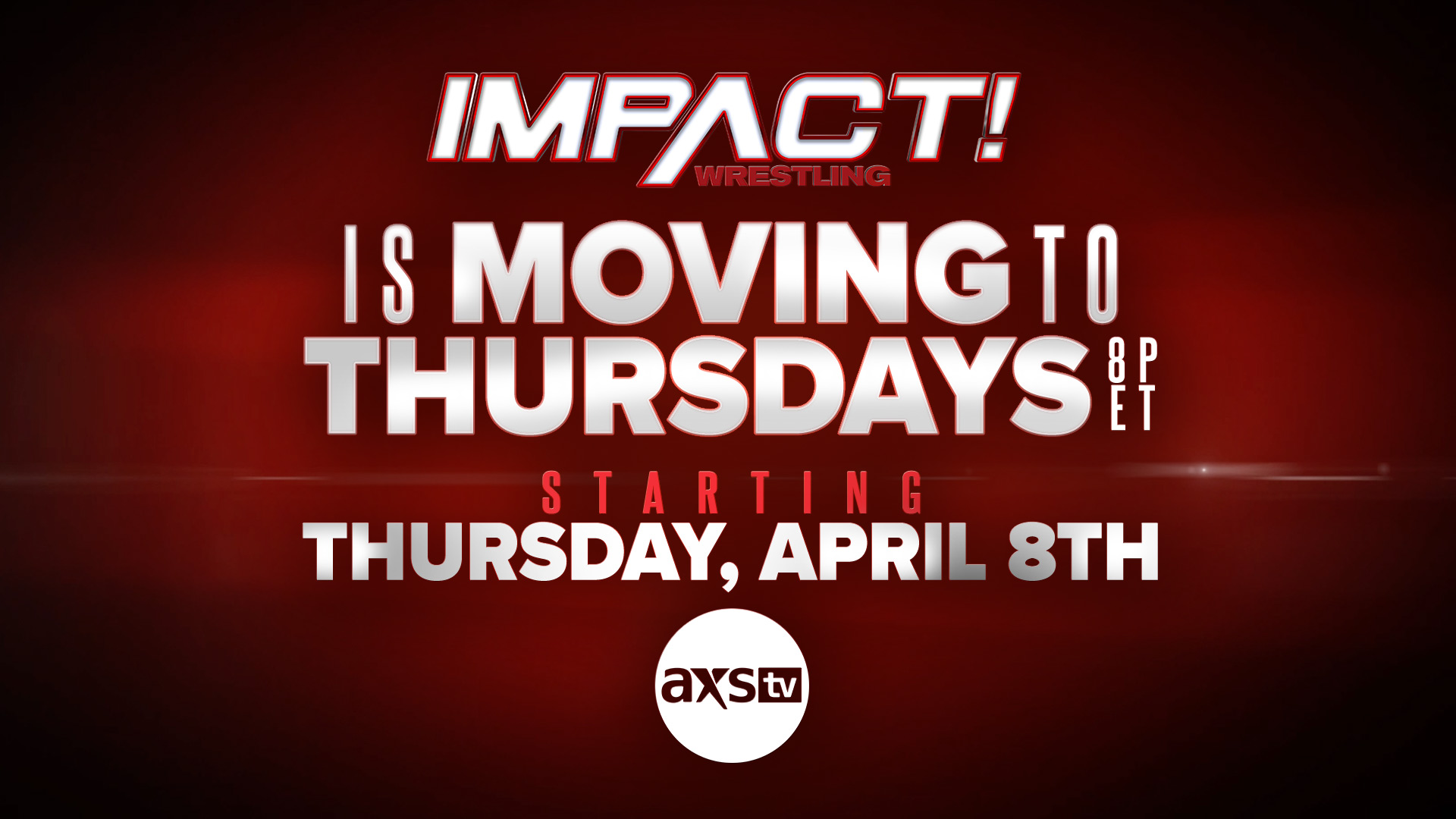 IMPACT Wrestling has announced that its flagship showing is moving to Thursday nights on AXS TV and Twitch beginning April 8.

IMPACT moving to its original night and time slot seems to confirm the rumors that NXT is moving to Tuesdays after WrestleMania week. WWE has yet to announce the move, but internal production sheets list NXT being taped on Tuesdays following TakeOver: Stand & Deliver, per PWInsider.

Before The IMPACT (BTI) will also move to 7 p.m. ET on Thursdays, serving as the weekly lead-in to IMPACT.

It was announced earlier this week that IMPACT’s Rebellion pay-per-view will now air one day later on Sunday, April 25. The event was slated for Saturday, April 24, but there’s no word yet on why exactly the change was made.

Below is the entire press release for IMPACT’s move.

The return of IMPACT! to its traditional night will be marked by a massive main event.

“IMPACT Wrestling has years of history airing on Thursdays, which was the night for high-energy, action-packed matches, starring some of the most high-profile stars in pro wrestling history,” said IMPACT Executive Vice-President Scott D’Amore. “Nothing is changing from that front when IMPACT! jumps back to Thursday nights.”

Leading into IMPACT! every Thursday night will be Before The IMPACT (BTI), an hour-long show on AXS TV, starting at 7pm ET. Hosted by Jon Burton, Gia Miller and Josh Mathews, BTI delivers late-breaking news, exclusive matches, one-on-one interviews with the IMPACT Wrestling stars and more.

“The new home, once again, for must-see matches is Thursday nights on AXS TV,” D’Amore added.

REBELLION also will feature a title defense for new IMPACT Tag Team Champions, FinJuice, the duo of David Finlay and Juice Robinson who are currently signed to New Japan Pro Wrestling (NJPW). FinJuice will defend the titles against The Good Brothers, Doc Gallows and Karl Anderson.

The X-Division Championship, now held by two-time title-holder Ace Austin, also will be on the line at REBELLION, as well as Deonna Purrazzo’s Knockouts Championship and the Knockouts Tag Team Titles, currently held by Fire ‘N Flava.

The REBELLION festivities kick off April 25 with the Rebellion CELL-ebration, IMPACT’s two-hour virtual fan-fest, which starts at 11am ET/8am PT, with appearances by numerous IMPACT stars, such as The Good Brothers, Deonna Purrazzo, Ace Austin and many others – and it will be participating fans who get the chance to ask questions of the wrestling stars.

REBELLION CELL-ebration attendees will receive numerous perks for participating, such as the official PPV t-shirt, autographs and the first 50 fans to register will receive a unique Swag Bag of IMPACT-branded items. To register for the Rebellion CELL-ebration, go to: www.impactwrestling.com. 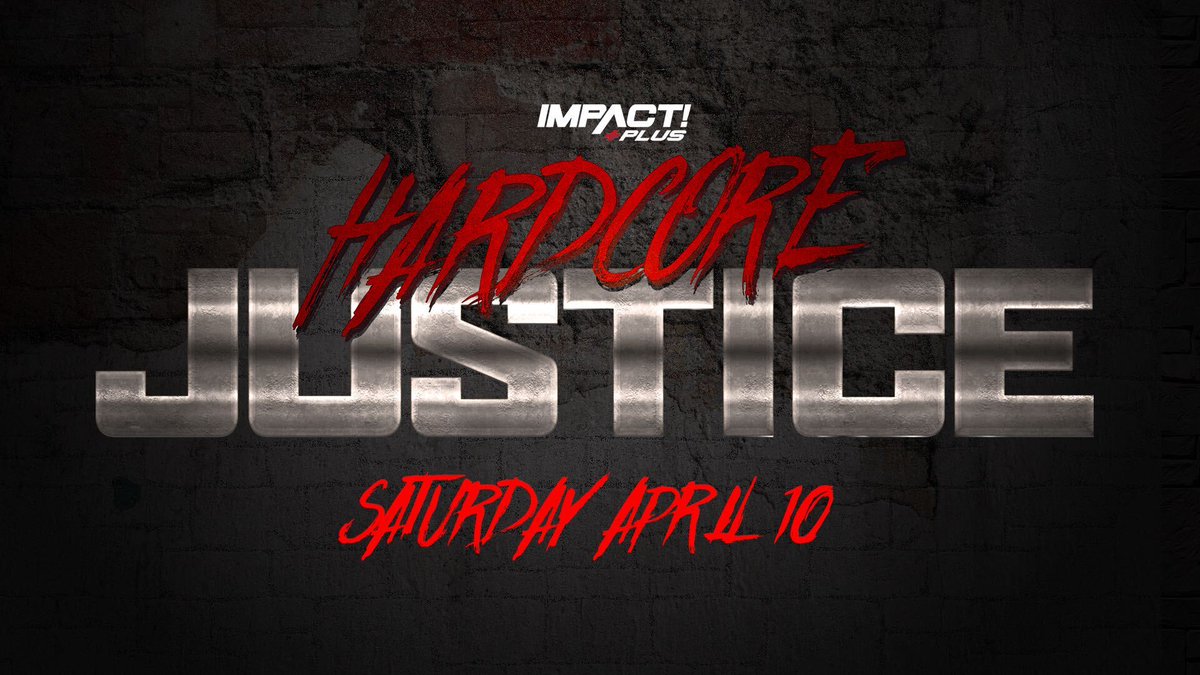 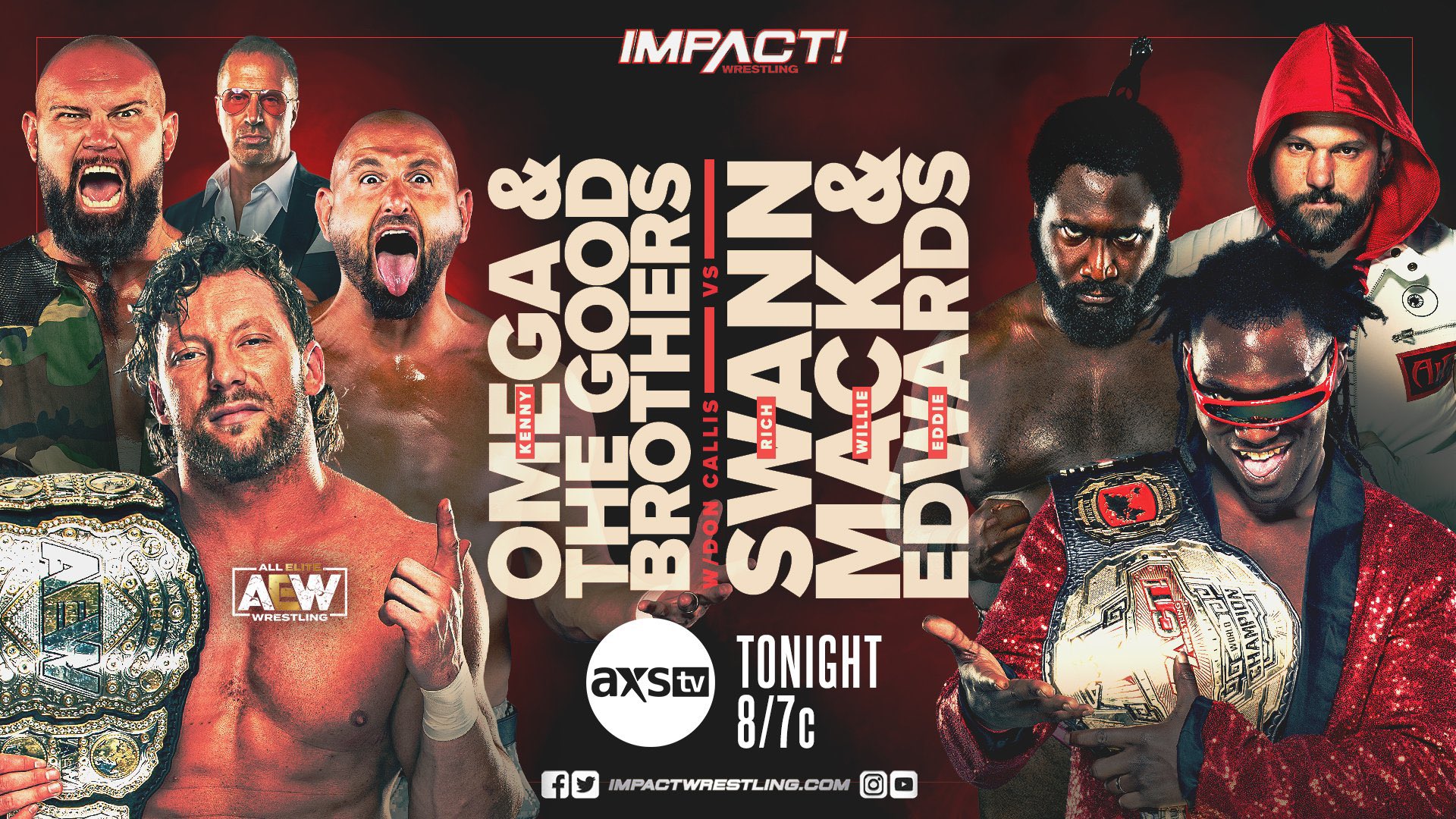