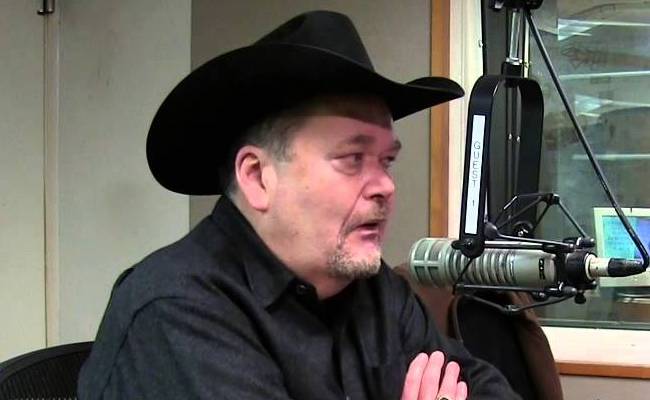 – WWE Hall Of Famer Jim Ross updated his blog section at JRsBarBQ.com, check out the highlights below:

“Loved the Gail Kim presentation. She’s a timeless treasure for the biz and one of the best performers of any gender that I can recall seeing in my 40+ year career. If she had not won, I was prepared to do some thing really stupid, but I’m grateful that the right call was made without overthinking it and making it ‘unpredictable’ because that’s the primary thing that most fans want. To that I say, B.S. Most fans want great execution and logical booking and some things are much better being ‘predictable’ than not. That’s simply my two cents.”

On Bound for Glory’s booking:

“Respected the work ethic of the talents, but at times too many ‘gimmicks and gimmick matches’ became overkill, in my opinion. Overuse of gimmick matches, and gimmicks in general, dilutes the process and desensitizes the audience which was seemingly the case in Ottawa. Bound for Glory was a solid show that had its share of booking issues, but the look of the show and the looks of the small arena was good. However, like many fans often proclaim, I would have made some tweaks to the card. The goals of any rasslin’ creative entity should always be to attempt to put the talents in a position that they can best excel based on their skill sets and the overall makeup of the card. The overuse of duplicate or like spots with extensive gimmick use does no one any favors on anyone’s card.”

“Just my take, but how any of us can complain about Jericho vs. Omega at Wrestle Kingdom 12 in January of 2018 is a head scratcher. It was excellent booking, creative, and the two Winnipeg natives will rock the Tokyo Dome and sell tickets. This is the best way for them to monetize this window of opportunity, without question. It’s been a long time since the Dome went clean on January 4 and this match should certainly help regarding that matter. I read where the NJPW goals was to sell 30,000 for Wrestle Kingdom 12, which is a tremendous number, but the Dome’s capacity for baseball is 55,000 and obviously a bit more for wrestling.”

On returning to Boston for ‘Ringside with Jim Ross Show’:

“Pumped to be returning to Boston on Saturday December 16 for our holiday ‘Ringside with Jim Ross Show’ that will be at Laugh Boston with the VIP meet/greet at 1 pm and the show starting at 3 pm with my pal Jeremy Borash. Tickets are available at www.laughboston.com. Go VIP and join us if you can on this big, WWE weekend in Boston.”