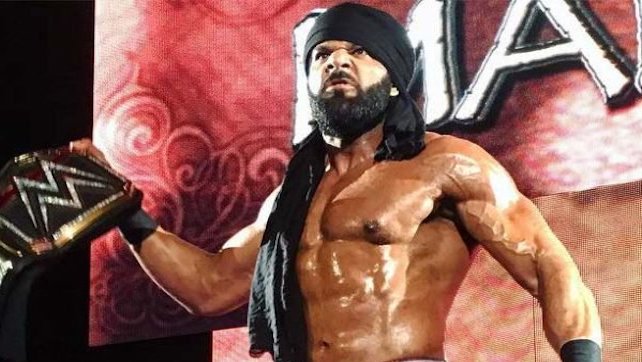 It’s been talked about all week long, but the Modern Day Maharaja and current reigning WWE Champion Jinder Mahal has officially issued a massive challenge for next month’s Survivor Series pay-per-view.

After boasting his “accomplished” victories over Shinsuke Nakamura and “The Viper” Randy Orton, Mahal claimed that he had defeated all legitimate competition on the Smackdown brand. In an attempt to win over the United States fans much like the people in his home country of India, the champion issued a challenge to the most dominant man in sports entertainment today, the “Beast Incarnate” and current WWE Universal Champion Brock Lesnar!

We’ll have more about this possible Survivor Series encounter following this weekend’s WWE TLC event, but it looks like Jinder Mahal may have to get through a frustrated AJ Styles before he can focus his attention on a monstrous Champion vs. Champion match against Lesnar.