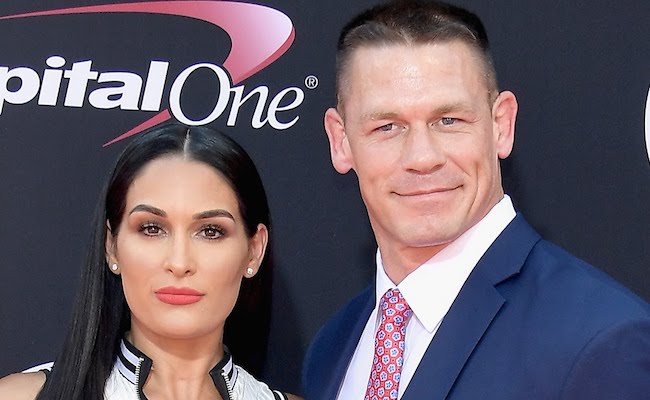 The following clip from this week’s new episode of “Total Bellas” has been released, and it features John Cena’s reaction to news that Nikki Bella might have to retire from WWE due to injury.

During the video, Cena says he thinks Bella is overextending herself, and he is actually relieved to find out that her in-ring days might be over:

As we noted last week, following the Bullet Club’s “invasion” of WWE Raw on September 25th, WWE issued a cease and desist letter to The Young Bucks, demanding that the tag team stop using the “too sweet” hand gesture made popular by the nWo. Since, WWE owns the rights to the nWo and the gimmick, the company feels the intellectual property, including the famous hand gesture, belongs to them.

In a spoof of the cease and desist issued by WWE, New Day member Big E posted the following on social media after Kellogg’s released Unicorn Fruit Loops, which bear a resemblance to New Day’s Booty-O’s:

.@WWE, do you have any more cease and desists handy? https://t.co/7l1EqaNtJQ