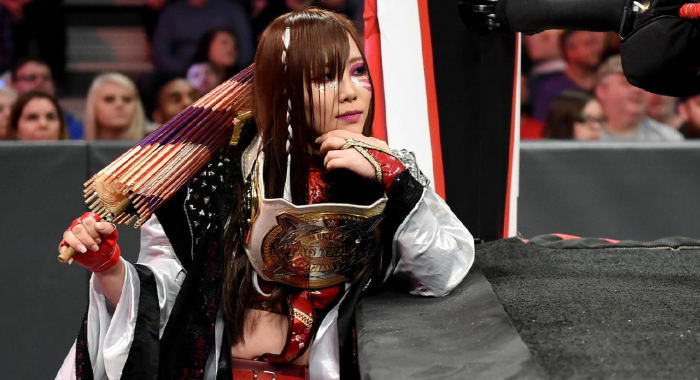 Kairi Sane officially brought her WWE career to an end last night with a heartfelt message to the fans, thanking them for their support.

Sane’s contract has now reportedly expired with the company, bringing an end to her time in WWE. Sane and Bayley attacked each other during the WWE Raw Women’s Championship match which ended with Asuka leaving the match to go and help Sane.

This led to Sasha Banks becoming champion after winning via count-out. Sane then took to Twitter to thank WWE and the fans for her time in the company. Sane has had a successful run with the company as the winner of the inaugural Mae Young Classic, as well as holding both the NXT Women’s Championship and the Women’s Tag Team Championship.

My time in the NXT & WWE locker rooms was incredible. Everyone was kind, funny, & talented, so every day was full of happiness. Also, I was saved by the supportive staff behind the scenes. I will forever love & respect all these professionals I had the pleasure of working with.🍀

I was able to accomplish so much in the last three years, but it wasn’t because of my ability or my strength. It was because of all of the constant, warm support from the fans. I am so thankful I could meet you all.
Thank you from the bottom of my heart,
Kairi Sane☺️⚓️ pic.twitter.com/BaH2UBi9wn

WWE and Kairi clearly ended things on good terms though, with WWE putting out the following message:

Following Monday Night Raw, Kairi Sane took to Twitter to thank her fellow Superstars, WWE staff and the WWE Universe for their support as she prepares to leave WWE.

Sane joined WWE in 2017, winning the inaugural Mae Young Classic. Along with the hearts of the WWE Universe, she would go on to capture the NXT Women’s Championship and the WWE Women’s Tag Team Championship alongside Asuka.

WWE sends its best wishes to Kairi Sane as she sets sail on her next voyage!