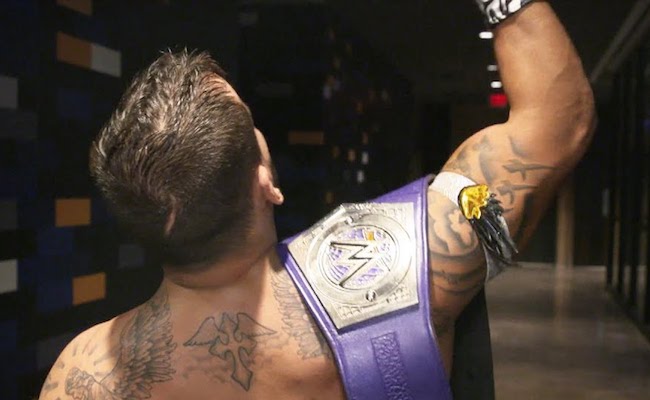 In the following WWE exclusive video, Kalisto is being attended to backstage by a WWE official, ranting about tonight’s loss and being blinded by Amore. He says Enzo poked him in the eye, causing him to lose the match, a type of move he expects from the self-procalimed ‘Certified G’, but he will get his rematch.

Check out the following backstage video:

– As noted, Kurt Angle, Seth Rollins and Dean Ambrose defeated The Miz, Sheamus, Cesaro, Kane and Braun Stroman in tonight’s 5-on-3 Handicap TLC Match. WWE Raw General Manager took to Twitter after tonight’s victory to thanks WWE Universe for a memorable night, check out his tweet below:

Thank you WWE Universe for a memorable night. #TLC #TheShield

Be sure to follow this link for tonight’s complete WWE TLC Pay-Per-View event results.