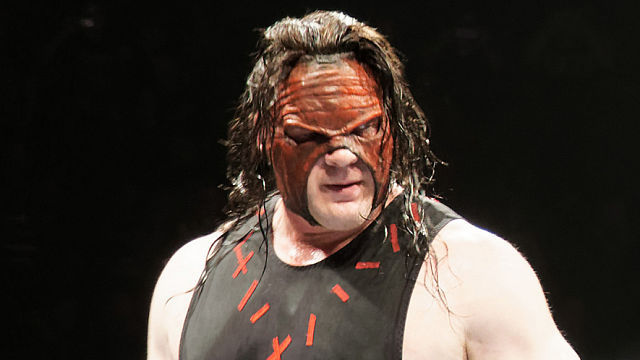 Roman Reigns did not have a good night this Monday during WWE Raw. Not only did the Big Dog have to face off against Braun Strowman inside a steel cage in the show’s main event, but he was sneak attacked by a returning Kane!

Yes, you read that right.

The former World Heavyweight Champion and self-proclaimed “Devil’s Favorite Demon” made his shocking return to Raw, marking his first official appearance of the entire year! Shortly after dropping Reigns with two chokeslams and a Tombstone Piledriver, Kane was announced as the fifth member of Team Miz, who will face off against The Shield in a 3-on-5 handicap TLC match this Sunday night.

The “Big Red Machine” – who in the real world is an active political advocate and considered one of the smartest men in wrestling history – stepped away for the last ten months to focus on his goal of becoming the mayor of Knox County, Tennessee.

Why has Kane returned? Is he looking for revenge after Roman Reigns ended the career of his brother The Undertaker? Is he just trying to get some last minute votes in his mayoral campaign?

Join us this Sunday for WWE TLC to find out!