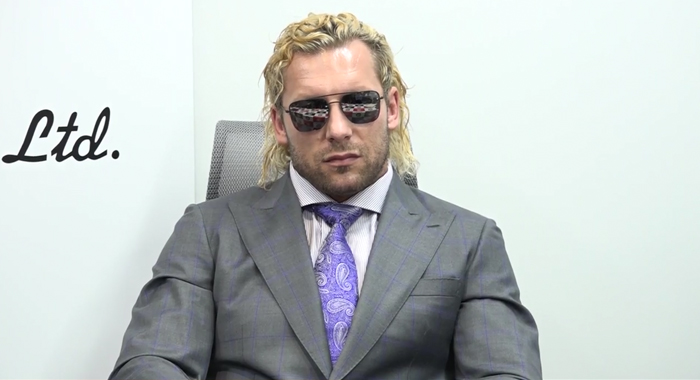 As noted, IWGP Heavyweight Champion Kenny Omega recently spoke with members of the media to promote his upcoming title defense on July 7th at NJPW G1 Special in San Francisco. The Best Bout Machine will put his newly one gold on the line against a long-time rival, a former friend – the American Nightmare, Cody Rhodes.

During the media call Omega also addressed this year’s G1 Climax tournament and whether or not he feels he can live up to the tremendous amount of hype surrounding some of his matches. In particular, against his best friend and Golden Lovers partner Kota Ibushi, who he will face in the final night of block competition.

“I feel that every instance where I’m placed in a big match scenario, that I am set up to fail, or at least in many of my detractors’ eyes. That was always the case with every Okada match. That was always the case when I main-evented anywhere in America. That was the case when I wrestling Chris Jericho. The pressure was really mostly on me! If I had a great match, ‘well that’s because of Chris Jericho.’ If I had a terrible match, ‘well that’s because I suck.’ I’m always in that scenario.”

“I’ve gotten so used to it that I just trust in myself and my ability, and the people that give me love and support on a daily basis, or who watch my matches and have positive things to say. I just try to keep a positive mind and attitude, and really trust that the style that I’ve developed, and this way of thinking that I’ve developed, isn’t going to betray me. Even if I’m beat up or injured at the end of the G1, I’ll still be able to bring something forward in that match with Kota Ibushi, that will show the best of what we are. Keeping in mind that it’s at the end of the G1, so we’re both going to be really beat up.”

Omega recently came under fire from a small group of fans after he stated in an interview that he believed the foreign talents in New Japan today were “hungrier” and “want it more” than many of the Japanese talents on the roster. He further explained his comments, and even went into detail on why he’s not a fan of the message behind Tetsuya Naito’s character, and why he believes New Japan can’t build their global expansion around him.

“Naito is in a way a pseudo-Steve Austin, anti-hero character. I really don’t appreciate his message, and I think it really only works here in Japan. In Japan people work 12-16 hour days, and lot of them – they live very rough lives. It’s easier to fit in, rather than rock the boat. Naito’s message is, rather than trying to follow your dreams, rather than striving for something more than that, just calm down and don’t worry about it. Just don’t care. And I think that message in general really only has legs in Japan. When you’re trying to be a worldwide company, you can’t make this guy the face of the company because not many people on a worldwide scale are going to get behind that. It’s not really a positive message. I don’t like it – I think it’s stupid. [Los Ingobernables de Japon] as an act it just rinse, wash and repeat. Sure they’re talented. Maybe they have an interesting type of charisma, but they’re very local. It’s not the worldwide image that I think New Japan is looking for. They’re assets, we can use them, but I think they’re very niche.”

“I’ve heard people overact, calling me racist. How so, exactly? The general feedback from the Japanese community is ‘Kenny you’re right’. So it’s so strange that I’m hearing all these English-speaking people from foreign countries telling me that I’m being a racist individually, when all I’m doing is telling the truth. And in a way, those comments were sort of kayfabe. You don’t know how hard anyone is working, but I do. I see it every day. I see it every time I go to the gym. The gym is myself, Michael Elgin, Juice [Robinson] – it’s all the foreigners. You never see any of the Japanese talent at the gym, with the exception of a couple guys. When you’re looking at guys that are dieting, it’s always the foreigners trying harder. When you’re looking at guys that are thinking outside the box to create something new and exciting for the brand, most of the time it’s the foreigners. They’re hungrier and they want it. The Japanese talent is mostly just waiting for their turn. I’m not saying this is a racial thing whatsoever, it just is what it is. I can’t help but notice that the guys that are absolutely killing it right now are mostly foreign talents. Why is that? I want New Japan as a whole to do well. I want our team to be the best team in all of professional wrestling. I don’t want to be a turn-waiter, and I want everyone to want it. If you’re wondering why I said those comments, that’s why.”