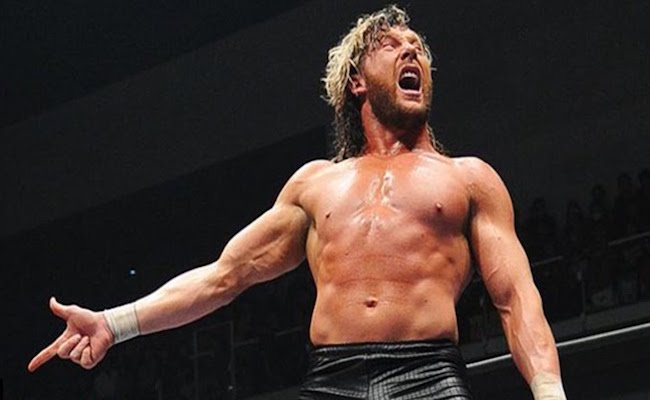 IWGP United States Champion Kenny Omega recently did an interview with Tokyo Sports to hype the big announcement that he will be facing Chris Jericho at Wrestle Kingdom 12 in Tokyo.

As we noted earlier today, during the interview Omega clarified Chris Jericho’s status with NJPW and WWE. Omega noted Jericho would not be working full-time with NJPW following his match against Omega, and that he received permission from WWE to appear at Wrestle Kingdom.

Also during the interview, Kenny Omega maintained that he plans to stay with New Japan Pro Wrestling, as opposed to signing with a bigger company like WWE, citing the ability for wrestlers to be themselves and fight for themselves as the reason why he prefers NJPW. Below is a translation of Omega’s comment by Chris Charlton:

https://t.co/Q5LRtE2wt8 Kenny ‘I’m staying (in New Japan). 100%. This is where wrestlers can be themselves and fight for themselves. I want to show how great a place it is.’

Below is more of what Omega had to say during the interview, via a Google translation of the Tokyo Sports article written in Japanese:

“I refused to contact WWE many times, did not you come crushing me? I analyzed it.

Of course, I will take back the super biggest challenger [Chris Jericho] and I will demonstrate my ability to the whole world. They’d be major, but their way of thinking is ‘black or white.’ Not only major and minor but also Kenny Omega (transcending it) is in this world there is a presence. On the other hand, I denied the possibility that this game will be a priming call for WWE transfer. I am absolutely here, I will tell you that the new Japan is a place where players can keep fighting for their real self, which is a wonderful place.”