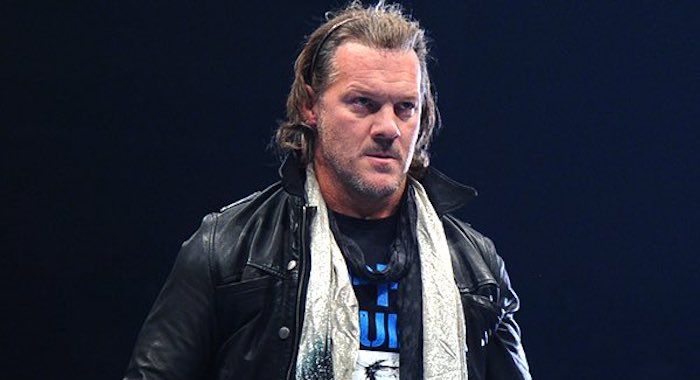 New Japan Pro Wrestling will hold their second biggest event of their year this Saturday, Dominion at Osaka-Jo Hall, headlined by one of the biggest “double main events” in professional wrestling history. The first of these two blockbuster matches will feature one of the greatest WWE legends of all time, Chris Jericho, taking on the most popular superstar in Japan today, Tetsuya Naito.

This week on the Voice of Wrestling, Chris Cash and ProWrestling.com Managing Editor Nick Paglino spoke with veteran wrestling announcer Kevin Kelly, who will be providing the English commentary for this weekend’s NJPW Dominion event, live from Osaka, Japan.

Kevin, who worked with Chris Jericho for many years in WWE, spoke at length about Jericho and the impact his recent run has had on New Japan, starting with his debut (or rather, his return) back in November 2017 when he brutally assaulted Kenny Omega.

“He’s responsible for a lot of the growth of New Japan World over the last few months. We had a huge spike in subscribers in the wake of his attack of Omega, and the run-up to Wrestle Kingdom. They stayed. It’s not the same churn that you see with the WWE Network. We’ve given them English content, we’ve given them big matches every month.”

Kelly called Jericho’s more sinister character in New Japan “shocking”, and “completely different than anything we’ve ever seen”. He likened the realism of Y2J’s performance and the pure violence in his rivalries with Omega and Naito as a “throwback” to the old school blood feuds you used to see in the 70s and 80s.

“[Tetsuya] Naito is the biggest star in New Japan. From a crowd reaction standpoint, from a merchandise standpoint. You see LIJ merchandise on at least half the audience when they’re in any of these venues. So for Jericho to attack him was like – going after Kenny was one thing, but now going after a native Japanese is different. And Naito sort of being very laid back and mellow, he’s yet to react angrily towards Jericho, which is frustrating Jericho even more. So it’s going to be a very physical match, for sure. Jericho feels Naito needs him to get to the next level, which is very interesting.”

The cold, calculated cult of personality that is Chris Jericho is New Japan is almost a complete 180-degree turn from his more light-hearted character in WWE. It’s almost hard to believe that the same man who playfully taunts his opponent’s with a literal List of Jericho on WWE Raw is the same psychopath that bleeds his opponents dry in the biggest arenas Japan has to offer. But then, one of Jericho’s greatest strengths for more than two decades has been adapting to the times, says Kevin Kelly.

“That’s what Jericho has always done. In each of his reincarnations he’s always come in and found a way to put himself front and center at the top of everyone’s mind. That’s what you want in advertising. If Chris Jericho is in the Chris Jericho business, than man his business is good. He knows exactly what he’s doing.”

You can watch the full interview between VoW and Kevin Kelly in the player above, and don’t forget to catch new episodes of VoW every single Wednesday afternoon on FITE.TV. We will have full live coverage of NJPW Dominion this Saturday morning, kicking off at 3 a.m. EDT on New Japan World.