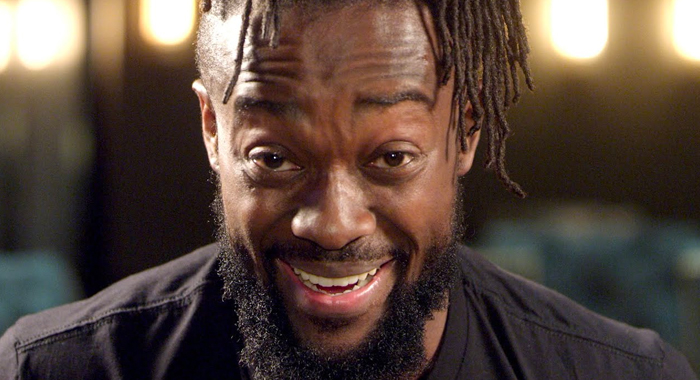 Kofi Kingston is currently sidelined after suffering a jaw injury, and he has revealed how he sustained that injury.

During the latest episode of The New Day: Feel the Power podcast, Kingston explained that he suffered the injury during his singles match with Cedric Alexander on WWE Raw last month, after taking a knee to the face.

“Back to when I injured my jaw, so I got kneed in the face by Cedric Alexander, three weeks ago,” said Kingston. “A couple of my teeth were chipped. It was fine. It was cool. The point of impact was really sore. So, I thought, ‘Okay, it’s a bruise or whatever’. The next week, we had a six-man match and everything was fine. A little pain, but not terrible.”

However, even though the injury was initially fine, Kingston admitted that the pain got worse over time, which is what led to him taking time off.

“Then, the next week, right before we went out, it just kept feeling like it was loose. As soon as we get out there to the ring, I’m moving around and now, I’m feeling it kind of come out of place and feel like it wasn’t set in.”

While Kofi is taking time out of the ring right now, he did reveal that if there were fans in attendance, he feels like he could work through it as the adrenaline would help.

“I feel like if the fans were there, I wouldn’t have felt that [pain],” said Kingston. “Throughout the whole match, every time something would happen, where I would get hit or whatever, I would just grab my jaw. The entire match, I’m thinking about it the whole time, but if we had fans there, I’d been not necessarily injured, but been hurt in the match. You just feel the adrenaline of the crowd and it just makes you will your way through it. So, I don’t know.”

“It changes the whole dynamic of just how we do what we do and the approach, even. It’s just really, really strange and I don’t know if it’s for the better or the worse. I guess the best way I can describe it is just being different.” (H/T to WrestlingInc.com for the transcriptions)