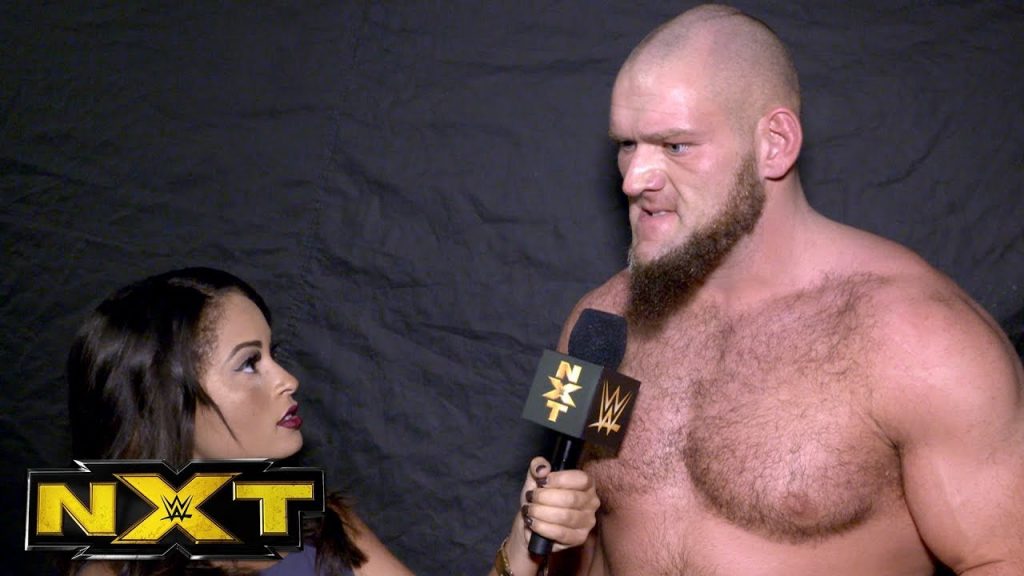 – As noted, Lars Sullivan successfully defeated Kassius Ohno at tonight’s “Takeover: WarGames” event from Houston. Check out the following backstage fallout video, featuring Sullivan sending a warning to the entire WWE NXT locker room, saying he will destroy any that get in his way.

EXCLUSIVE: @LarsSWWE has one message for the ENTIRE @WWENXT locker room following his win over @KassiusOhno at #NXTTakeOver: WarGames… pic.twitter.com/BAW78Y21GF

EXCLUSIVE: There’s only one takeaway for @VelveteenWWE after his match at #NXTTakeOver: WarGames against @WWEAleister… pic.twitter.com/bQ3j251t4f