Today marks the two-year anniversary of Lio Rush signing his initial WWE contract, and he has commented on that on social media.

Rush stated that so much has happened since he signed, but he is incredibly grateful to have been able to accomplish so much in such a short space of time.

The former mouthpiece for Bobby Lashley ended up deleting the post after a short space of time, but there is a screenshot of it below: 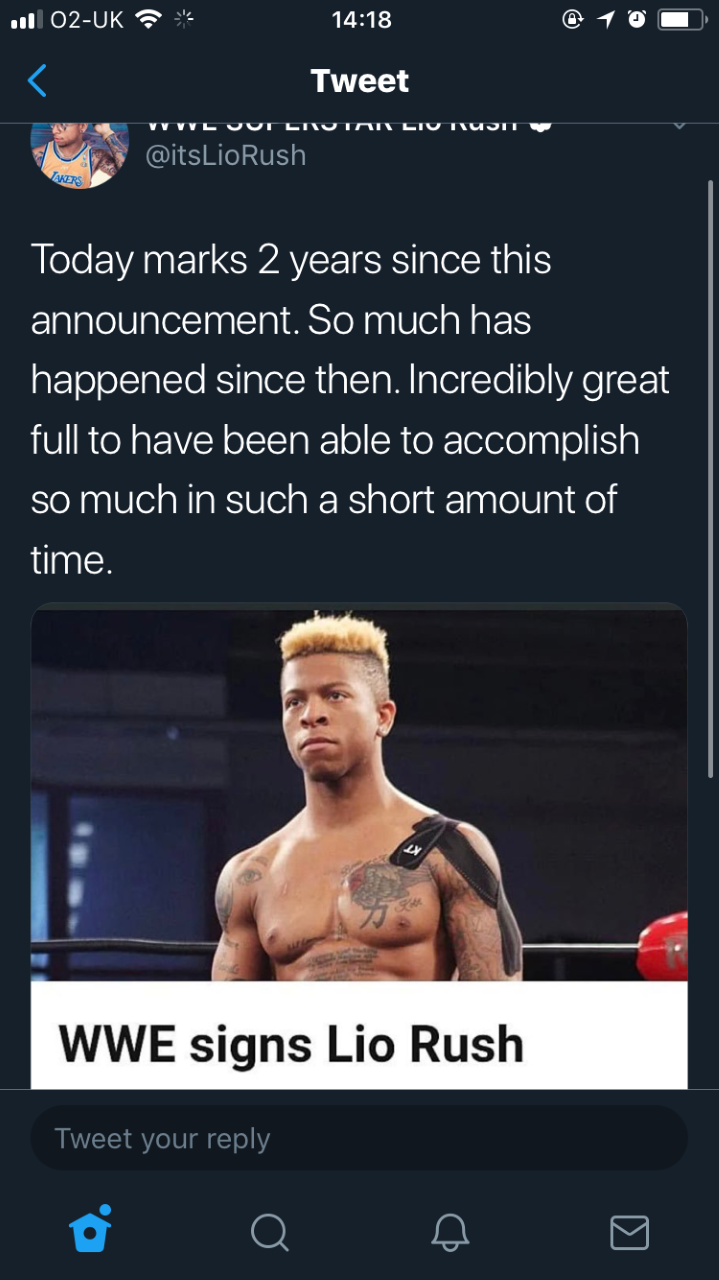