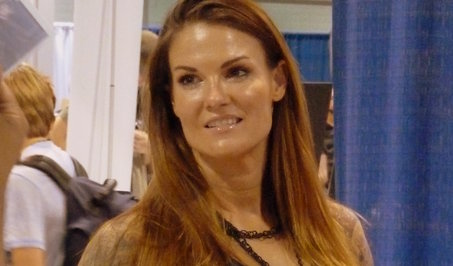 During a recent Q&A session in Paris, France, WWE Hall of Famer Lita revealed that WWE is thinking about adding Tag Team Titles for the women.

Thanks to Ringside News for the following quote from Lita’s Q&A session:

“There has been talks of tag titles for the women’s division,” Lita said. “I think that I love that they first introduced the MITB briefcase, that’s been a long time coming and that adds an element of surprise within the title picture.

“I would love to see these rumored tag titles appear sooner than later, but for that to happen, I hope they bring up these women that are already at NXT or some women they’ve seen on the Mae Young Classic and expand the roster.”