Tonight the annual Superstar Shakeup comes to Smackdown Live hot off the heels of a massive WrestleMania week in New Orleans, and last night’s exciting edition of Monday Night RAW. Last year we saw more than a dozen WWE Superstars trade brands, brand new teams at the commentary table, and a new home for the Intercontinental Championship on the first night alone!

We’ll be keeping track of every single name moving to Smackdown Live right here on this page, so keep updating as the night progresses! CLICK HERE for the full list of names that moved to the RAW brand last night. 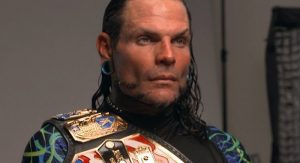 Well, speculate no more, the United States Championship is now back on Smackdown LIVE thanks to the Superstar ShakeUp. After asking for some competition in his newfound singles career (after Chad Gable was drafted to Raw), the person to answer the challenge was none other than US Champion, Jeff Hardy!

In a TWIST OF FATE, @JEFFHARDYBRAND has been shaken up to #SDLive, and he’s bringing his #USTitle with him! #SuperstarShakeup pic.twitter.com/vY1tgzQoug

(next pick on next page…)