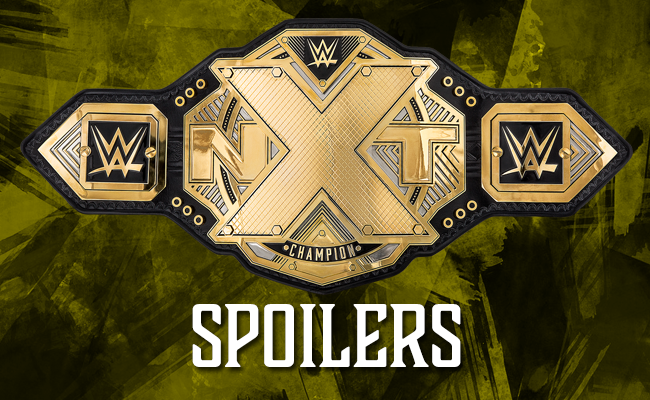 WWE taped several weeks of NXT television this Wednesday at Full Sail University in Orlando, and we’ve got some major updates headed your way. Warning: the following post contains huge spoilers for a future episode of NXT set to air this December.

Still with us? Last warning!

Bobby Fish and Kyle O’Reilly of The Undisputed Era defeated Killian Dain and Eric Young of Sanity to become the new NXT Tag Team Champions, in a match set to air on December 20th! This marks the first set of titles for Fish and O’Reilly, who were collectively known as ReDRagon on the independent scene. The duo are also three-time ROH World Tag Team Champions and two-time IWGP Heavyweight Tag Team Champions.

No news yet on whether or not The Undisputed Era plans to invoke the “Freebird Rule” during their reign, which would allow Adam Cole to also defend the titles at any time. The rules was in effect for Sanity’s run with the gold, and of course was popularized in the modern era by The New Day.