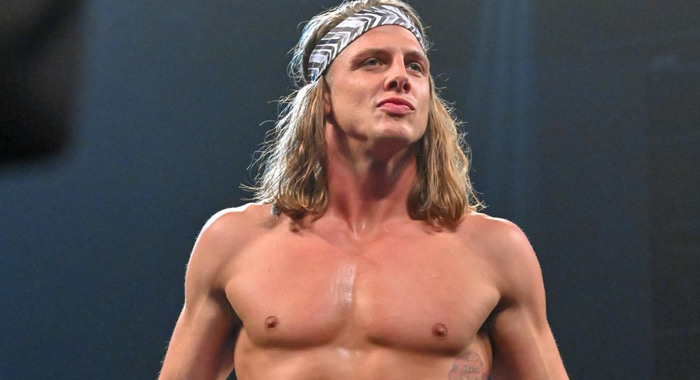 NXT Superstar Matt Riddle did not hold back his feelings on the main event match at WWE Super Showdown this afternoon, as the legendary Undertaker returned to the ring to face former Universal Champion and WCW icon, Bill Goldberg.

While the first few minutes of the match were relatively exciting, with the Deadman kicking out of two back-to-back spears early on, things quickly fell apart as Undertaker executed his signature Tombstone Piledriver, dropping his opponent awkwardly on his neck.

Nearing the end of the bout, Goldberg tried for his own finishing maneuver – the Jackhammer – but failed to hoist up his opponent and narrowly avoided dropping the 54-year-old Phenom on his head. They quickly went to try the spot again, and Goldberg simply collapsed getting even less of the move than the first attempt. At that point a very clearly frustrated Undertaker made a call that we can’t quite make out, and very suddenly pinned his opponent after a quick chokeslam.

In a video posted to his Instagram and Twitter, which has now been removed for obvious reasons, Matt Riddle had the following to say about Goldberg’s performance in the main event match:

“Goldberg, you lived up to the hype yet again. You’re absolutely the worst wrestler in the business, bro. And that’s not an opinion – that’s a fact.”

I can’t wait to watch your match this Friday so I can see how good you are at wrestling 😂😂😂😂 pic.twitter.com/Ck3Sz5JnMn 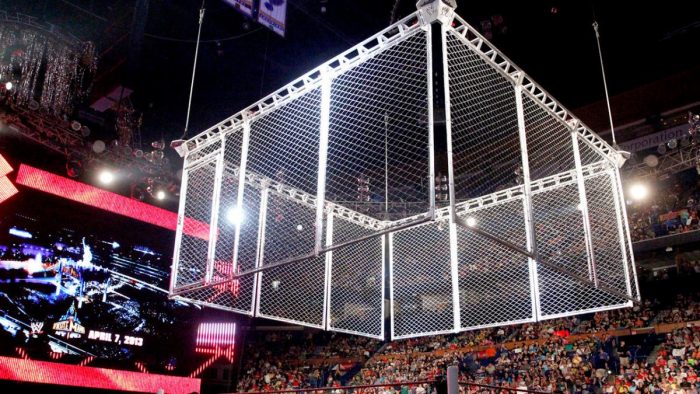 It was announced on Talking Smack that Daniel Bryan will face Jey Uso in a Steel Cage match on the March 5th Friday Night SmackDown.

During Bryan’s appearance on the Saturday morning talk show, he received an offer from co-host Paul Heyman. If Bryan can beat Uso inside the cage, he’ll receive a Universal Championship match at Fastlane on March 21.

If Bryan loses, he’ll have to recognize Roman Reigns as the Tribal Chief and best wrestler in the world.

Daniel Bryan faced Jey Uso on this week’s SmackDown for an opportunity to earn a Fastlane title match, however the bout ended in double count-out. Reigns then followed it with another attack to end the show.

Should Bryan vs. Reigns be added to the Fastlane card, the winner will move on to defend the Universal Title against Edge at WrestleMania 37. Another possible option that’s been teased for Fastlane is Bryan and Edge vs. Reigns and Uso.

Stay tuned to ProWrestling.com for the latest. 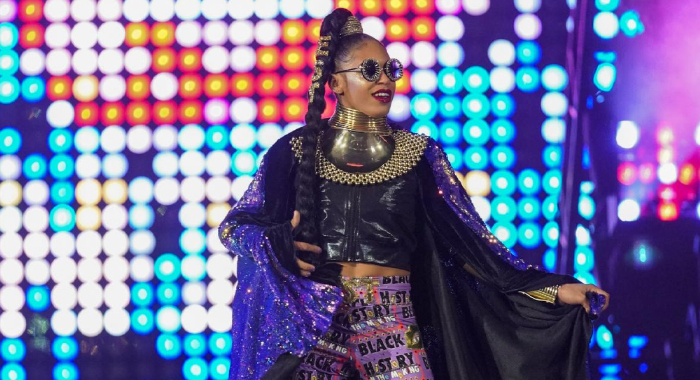 It will be the BOSS against the BEST at WrestleMania 37!

2021 Women’s Royal Rumble winner Bianca Belair officially laid down the challenge to Sasha Banks this evening on Friday Night Smackdown. WWE has since confirmed that the two Superstars will vie for the Smackdown Women’s Championship in what will be a first time ever singles match on the Grandest Stage of Them All.

Belair has had a rocket strapped to her recently and is looking to prove that she is the rough-est, tough-est, fast-est, strong-est, smart-est and B-E-S-T performer in WWE right now.

To do that she’ll have to come up against one of the best women in the entire game right now, and someone who has competed at WrestleMania five times, including four championship matches, in Sasha Banks.

We now have two of our main event matches for WrestleMania 37, which will take place across two nights at Raymond James Stadium in Tampa, FL. It was confirmed this past weekend at WWE Elimination Chamber that the “Rated-R Superstar” Edge, who won the Men’s Royal Rumble match this year, will challenge Roman Reigns for the Universal Championship. 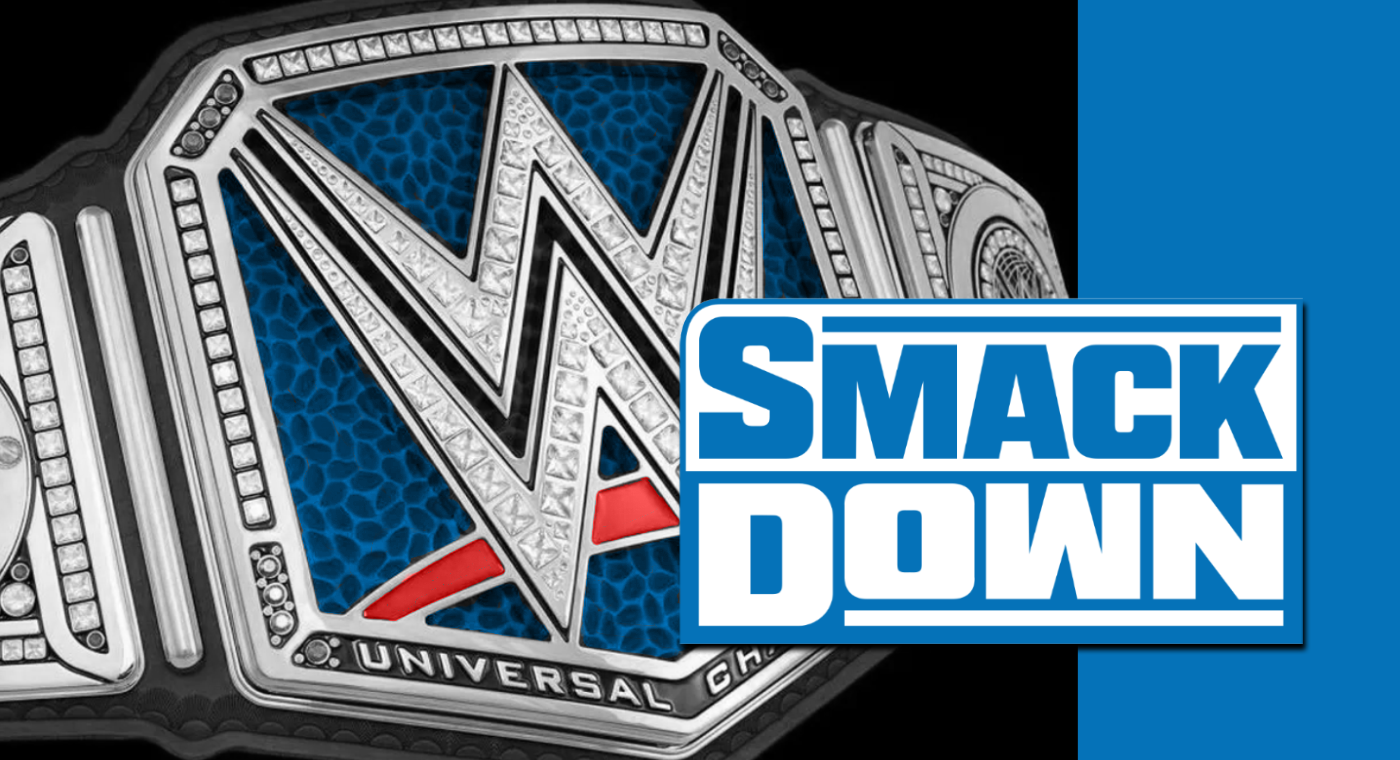 Universal Champion Roman Reigns and his crew kicked off the show as per usual. Reigns called his title defense at the Elimination Chamber nearly perfect, but only nearly because Edge came out and ruined it. He claimed that he didn’t want to hurt Edge because he’s a good man with a beautiful family, so he’s giving the “Rated-R Superstar” one opportunity to do the right thing and back out.

Daniel Bryan cut the champ off and mocked his “nearly perfect” title defense after he himself had to endure a grueling Elimination Chamber match, just to be immediately shoved into a world title match against a fresh champion. Bryan laughed at him because Roman calls himself the real main event, but on Sunday he was wrestling in the second match of the night!

Jey Uso grabbed the mic and cut off Bryan, warning him to shut his mouth before he stepped in and did it for him. Bryan issued a challenge to Reigns for a Universal title match at Fastlane, but Uso blindsided him with a superkick and sent him to the floor.

Uso tried to apologize to the “Tribal Chief” backstage for stepping out of line, but claimed he had to defend their family against Bryan’s disrespect. Reigns told him there was no reason to apologize… as long as he gets the job done tonight.

Adam Pearce and Sonya Deville talked to Edge in their office. He was clearly not happy that Bryan was basically going to jump the line into a title match after he had to win the Royal Rumble. Pearce announced that if Bryan could beat Jey Uso tonight in a singles match, he would be granted a Universal title match at Fastlane.

Gable cut a short promo before the match showing footage of Otis’ heel turn last week and what they did to the Mysterios. The match was relatively short but fun. They worked over Rey and built up to a hot tag where Dominik cleaned house and did a cool tornado DDT off the ropes on Gable. Otis ended up pinning Rey after a second rope splash.

Apollo came out before the match and cut a great promo about finally being true to his roots, and coming from a line of real Nigerian royalty. He talked about his grandfather who ruled covered in gold, with his five wives, and called himself a “real African-American”.

Crews attacked Nakamura before the match even began. He dominated a lot of the actioni, but after a commercial break Nakamura came back with a sliding knee and a few of his signature spots. Crews rolled outside to avoid the Kinshasa, using his scarft to choke his opponent and send him into the ring post. Back in the ring Crews hit the Angle Slam to win.

CONTINUED ON THE NEXT PAGE.